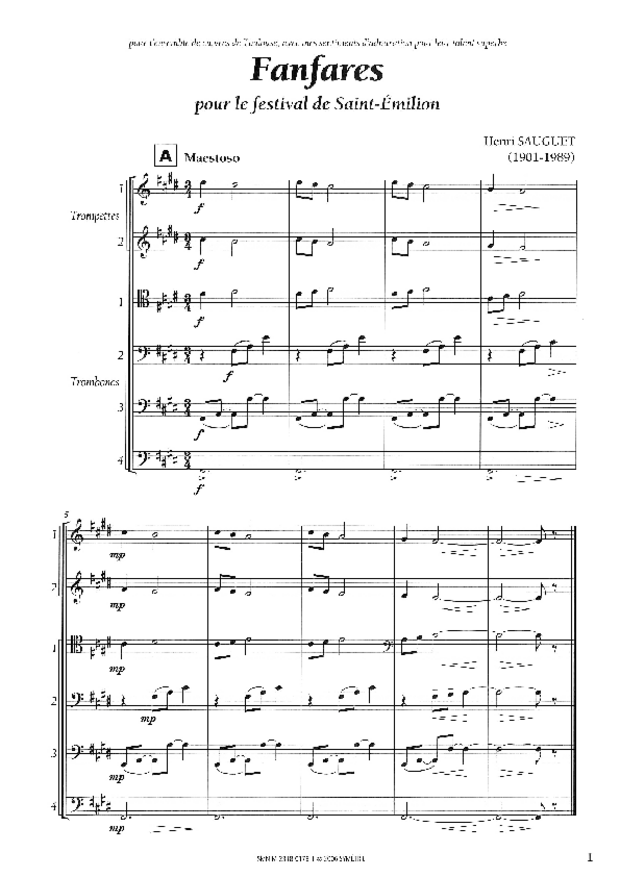 On the occasion of the first edition of the Saint-Émilion Festival (Gironde, France) in 1967, the Loewenguth Quartett was invited to perform Henri Sauguet’s String Quartett Nr. 2.

In September 1968, during the second session of the festival, President Sauguet gave a lecture about Claude Debussy, and the year after, a chat about Jean Cocteau and the Groupe des six.

For the 1969 edition of the Festival, Sauguet wrote Fanfares pour le festival de Saint- Émilion (Brass bands for the Saint-Émilion Festival) expressely for the Ensemble de cuivres de Toulouse who was performing there that year.

The festival regularly honoured its president by programing new works from his catalogue such as Un soir à Saint-Émilion (An evening in Saint-Émilion) for bassoon and piano (world-premiere), Sonatine bucolique for saxophone and piano, etc.