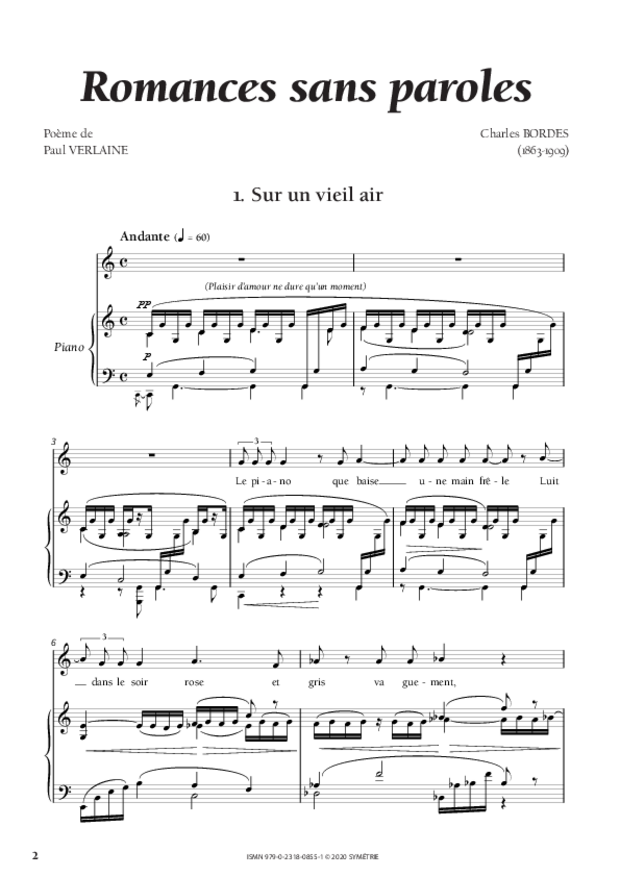 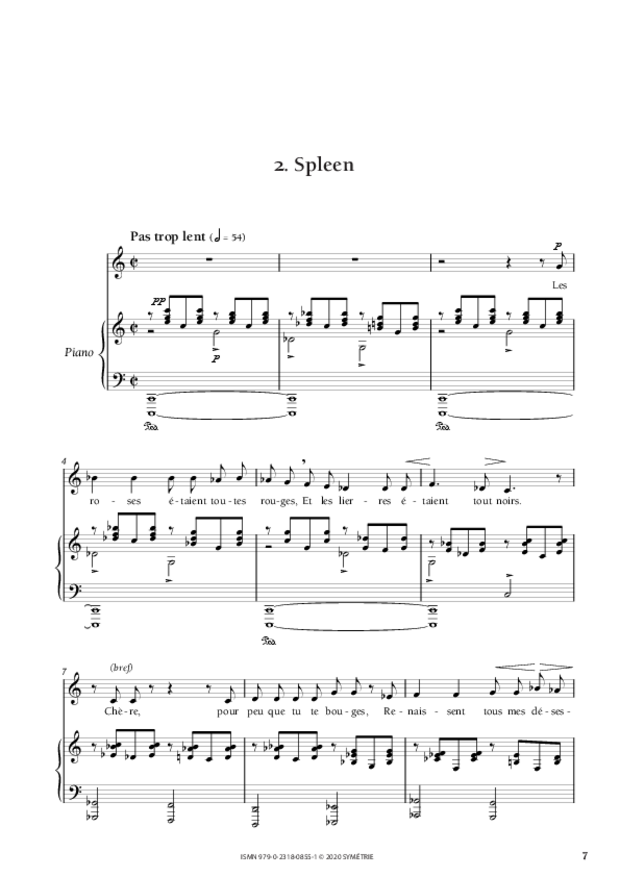 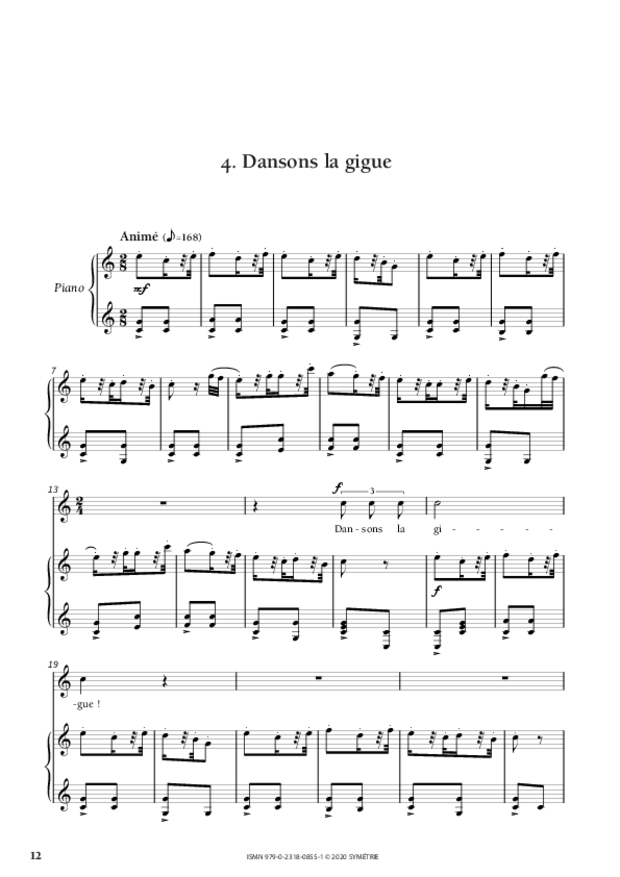 In 1874 Verlaine published his Songs Without Words; these inspired Charles Bordes’ four songs. These pieces are among his most prominent works for voice and piano. Two of them were first performed in concert with orchestra: Sur un vieil air (On an Old Tune) and Dansons la gigue (Let’s Dance the Gigue). These two songs were written five years apart, yet they were part of the same project of writing “songs on given themes”, themes that the composer developed in the accompaniment part. Bordes thus introduced an intertextual dimension between poetry and music in his songs: for Sur un vieil air, he imagined that the good old tune played by the “frail hand” of the poem is none other than Martini’s famous song Plaisir d’amour, written a century earlier. For the setting of the first poem of Streets, which Verlaine claimed to have written in Soho in London, he chose The Keel Row, a British tune, whose accents ironically punctuate the chorus of Dansons la gigue.

The other two pieces of the set, written for voice and piano, are likely to be contemporaneous with Paysages tristes (1886), a cycle devoted to the Poèmes saturniens. Disappointment in love is expressed sometimes on the mode of despondency, with a very slow tempo and a great economy of means in Ô triste, triste était mon âme, sometimes by that despair born from remembrance and breakup, that Bordes depicted with a increasing musical agitation, culminating on the final “hélas” of Spleen.