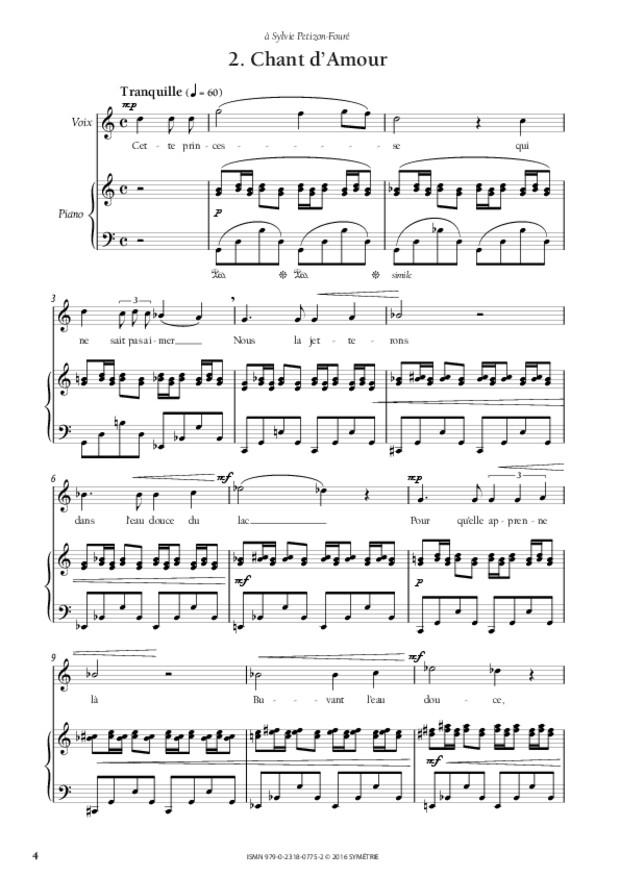 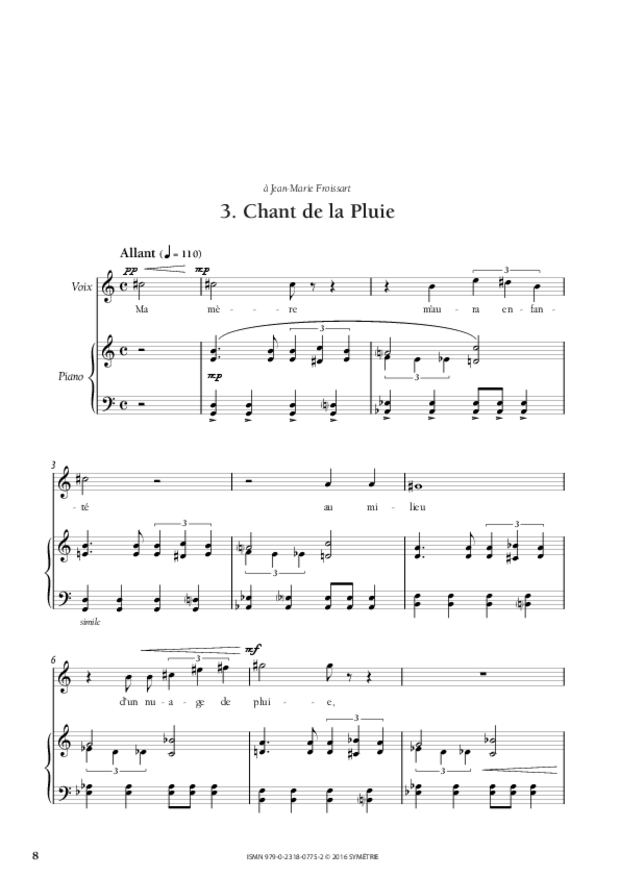 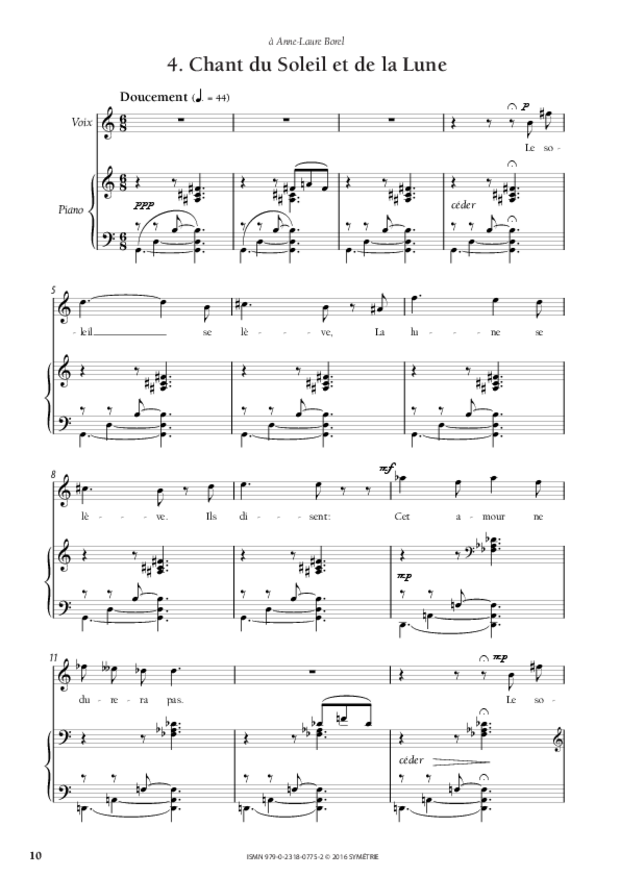 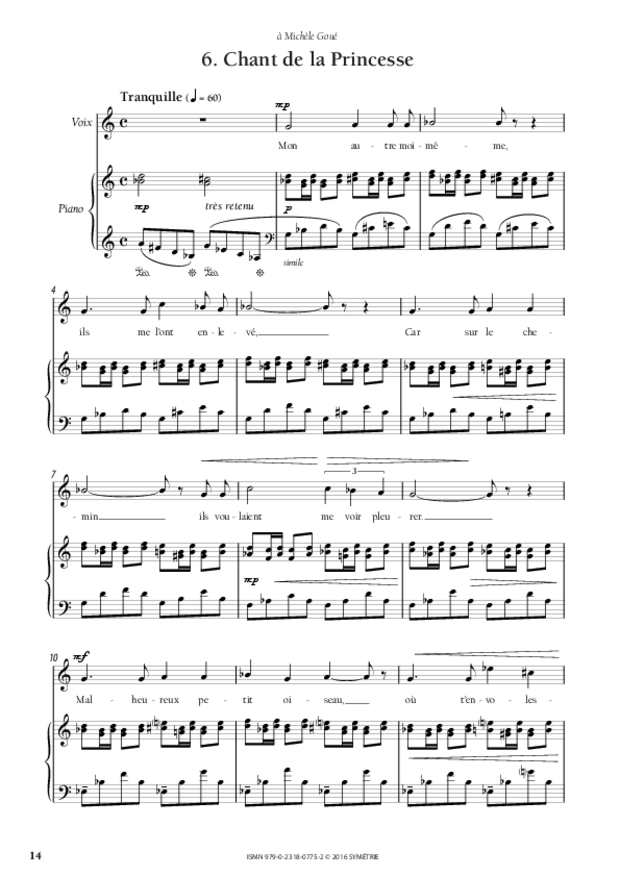 The Chansons Incas are part of a tradition of the “elsewhere” extending the music world tour taken on by Maurice Ravel (Chansons madécasses), Louis Aubert (Poèmes arabes), Maurice Delage (Poèmes hindous), Maurice Jaubert (Chants sahariens), until Philippe Hersant (Poèmes chinois). The Inca poems that Philippe Malhaire identified and set in music in 2008, come from far away: from a lost civilization, the pre-Columbian Peru Incas, from a people hidden in the Andes high mountains, whose bards maintained a living oral tradition.

Many of these poems are short, dense and enigmatic. They are fascinating. These short figures act on the mind similarly to mandalas or koan, arbitrary “things” or paradoxical situations whose meaning remains partly obscure, but favoring concentration, stimulating meditation and possibly leading to sudden revelation—what the advocates of Zen Buddhism call the supreme illumination. One can linger forever on each of them, waiting for an inner transformation, or the move to a higher stage of knowledge or conscience.

Many features make this work original and rare. The songs are more serious than impulsive, more able to move than to entertain, finally more mystical than fun. In almost each of these songs, one feels the effort to express the unspeakable and to suggest the ineffable. Better than useless words, this music draws us closer to the Being, to the essence of things. Hence the musical formulas slowly and tirelessly swirling around a reality, that awkward words can barely apprehend. Hence those indefinitely repeated notes around which a delicate embroidery is woven. Privilege of the poet of sounds over the poet of words.

Deliberately the author abandons the Inca musical tradition based on the pentatonic scale, and resorts to polytonality, a composition means better than none to transcend the mysticism of these poems. No junk exoticism here, no mimetic approach but eventually a fully unique synthesis between the “imagined” even “fantasized” music and the Stimmung, e.g. the atmosphere emanating from a music.

Philippe Malhaire is sensitive to the unspeakable sadness and the languorous melancholy of these small pieces, all poignant, strange and heavy of a fateful seriousness. One cannot resist the intoxication and the spell created by these haunting repetitions, these elaborate esthetical forms, at the border of mannerism, or these moments of great simplicity.