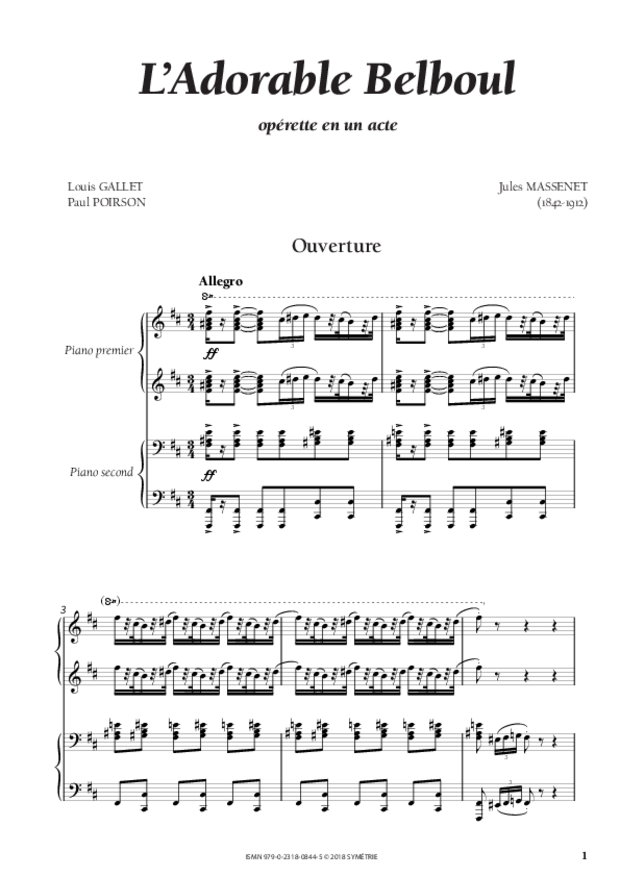 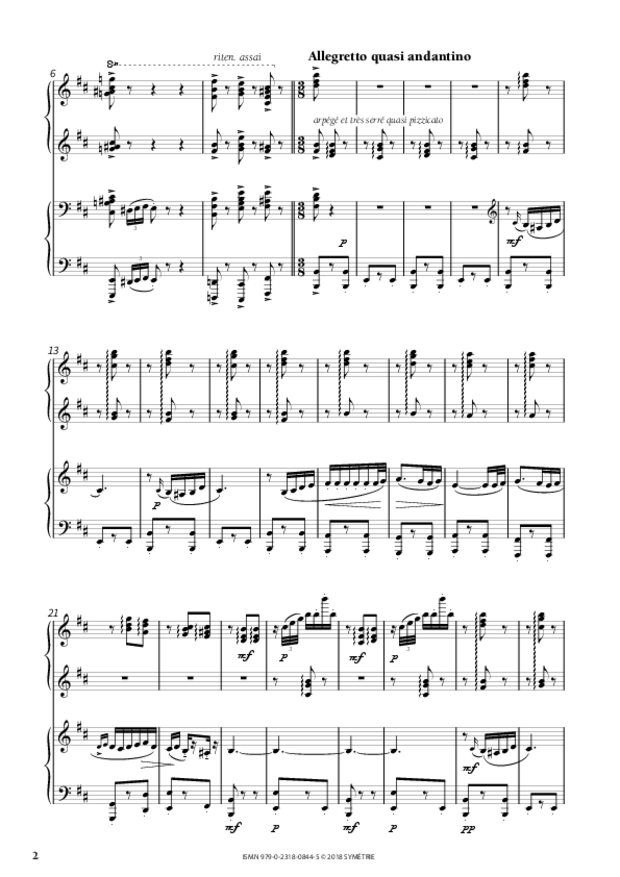 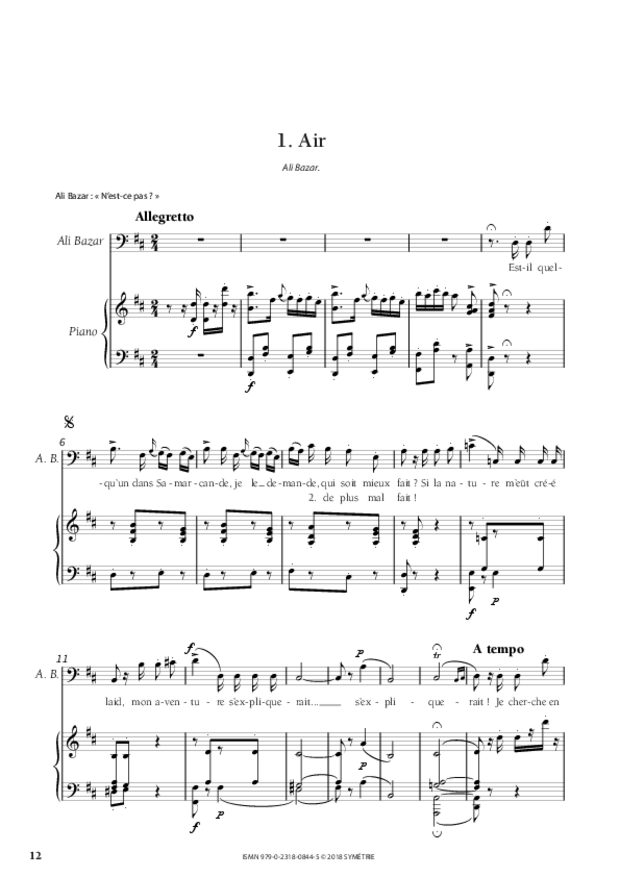 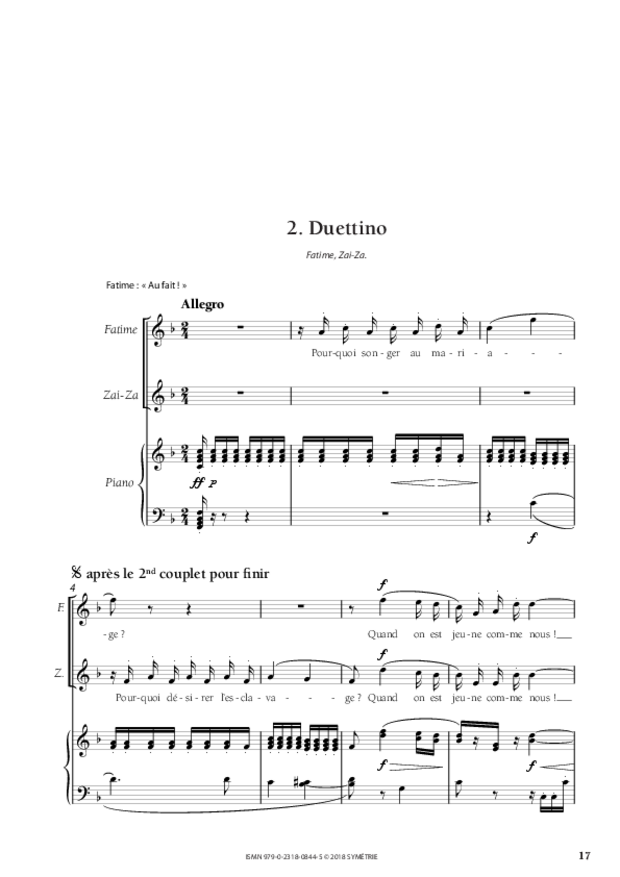 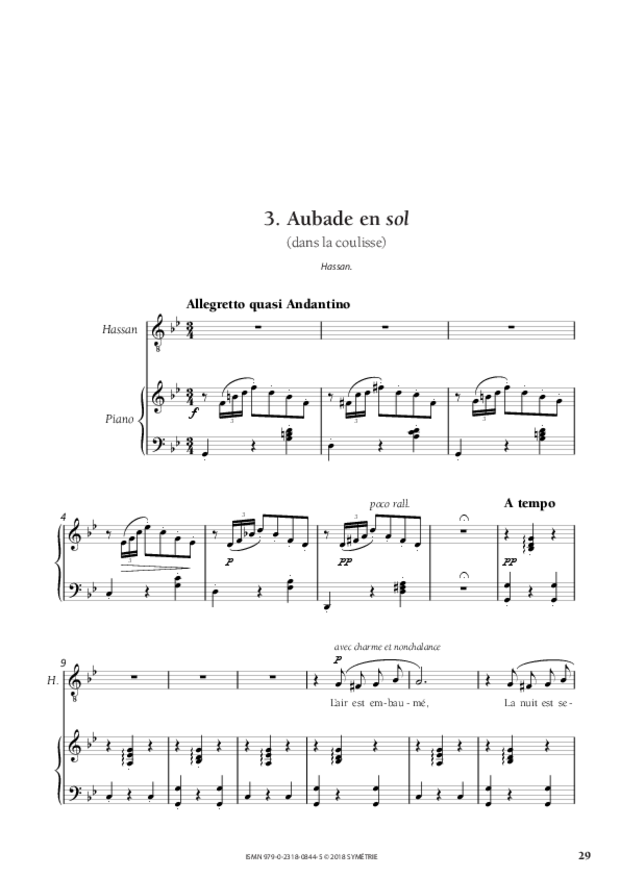 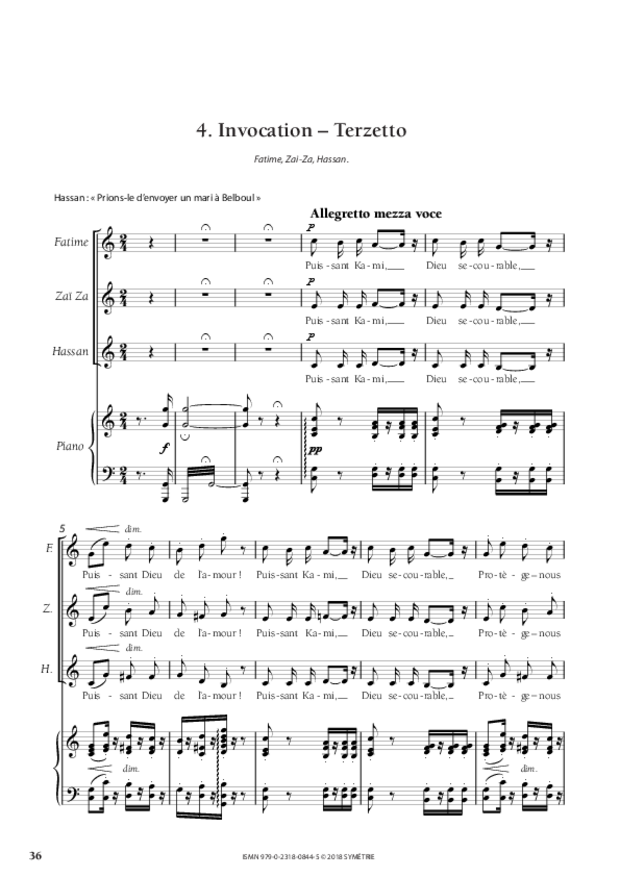 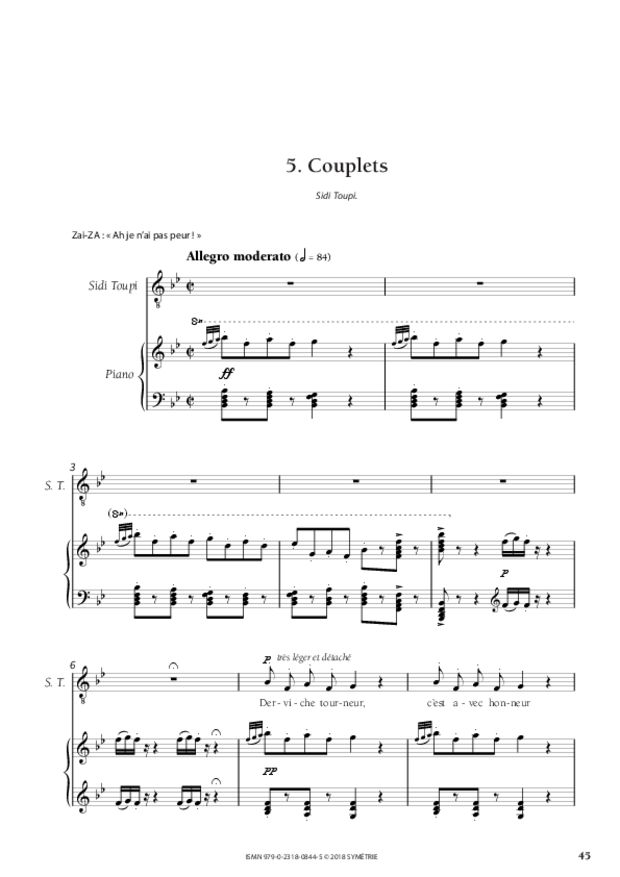 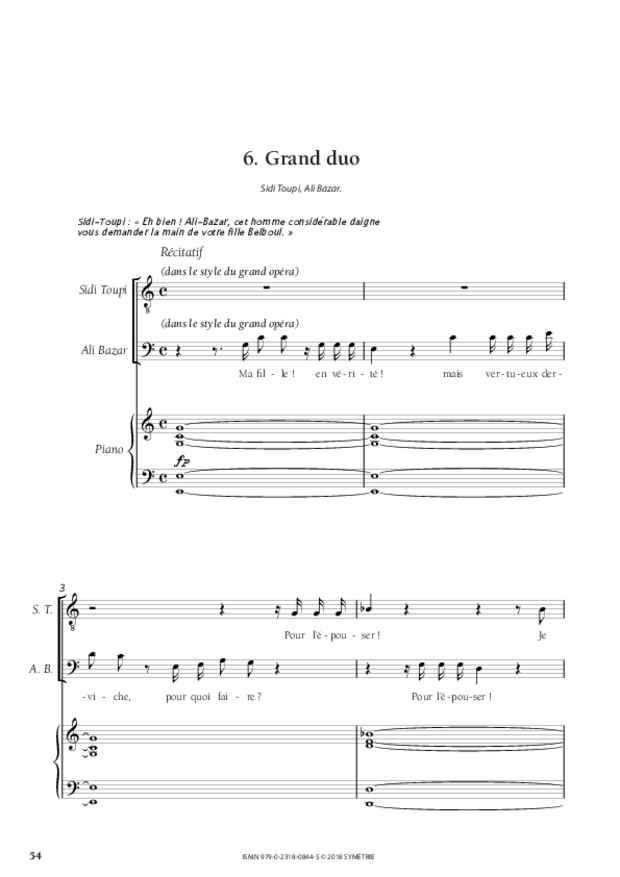 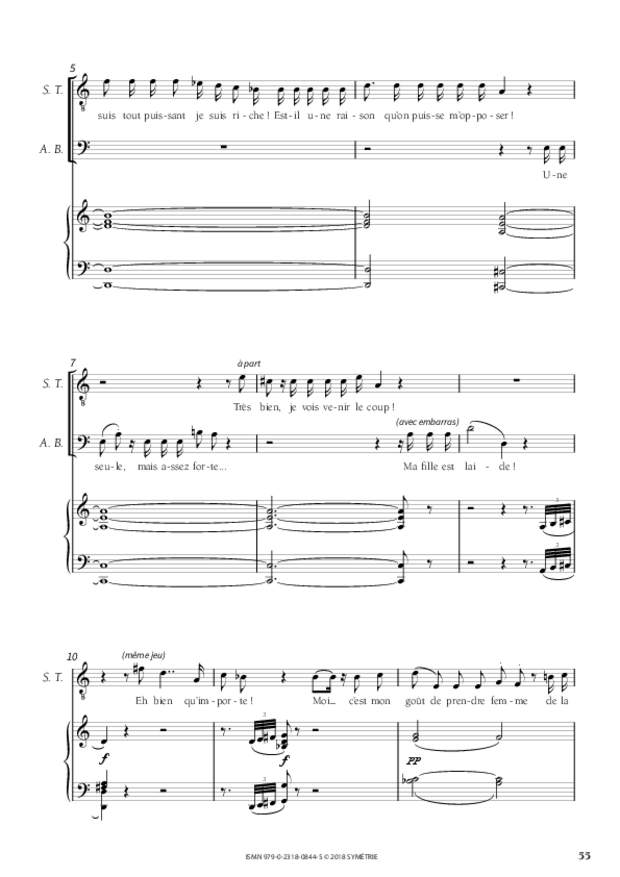 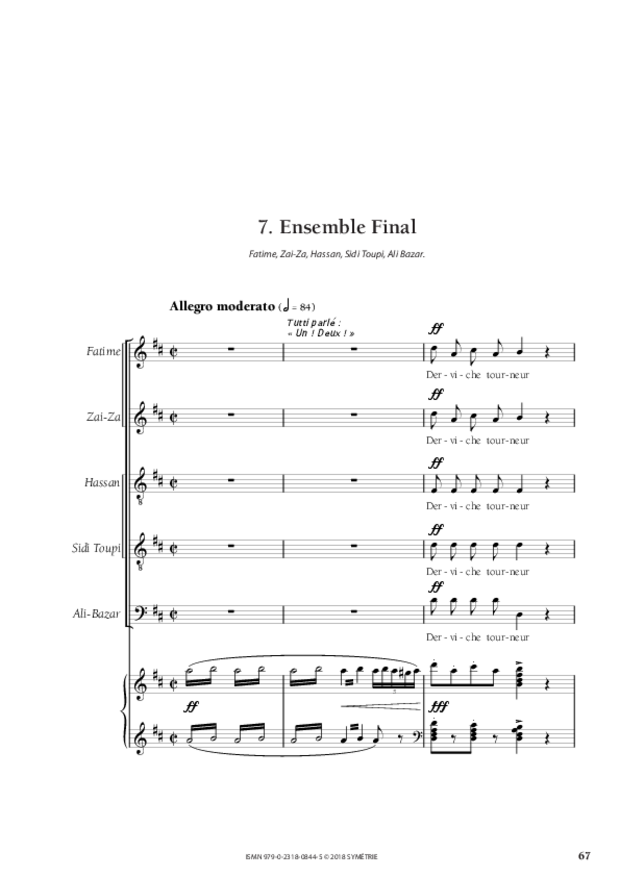 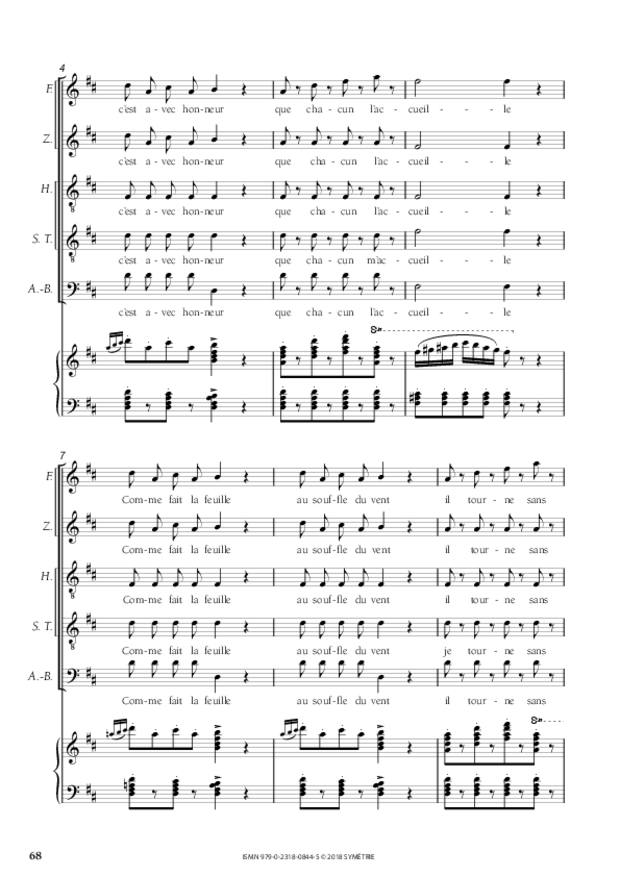 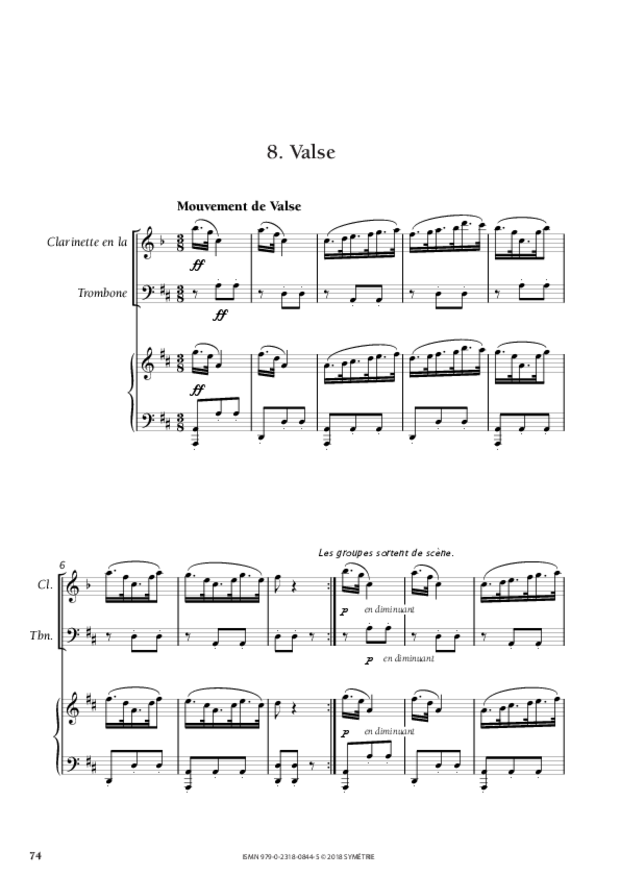 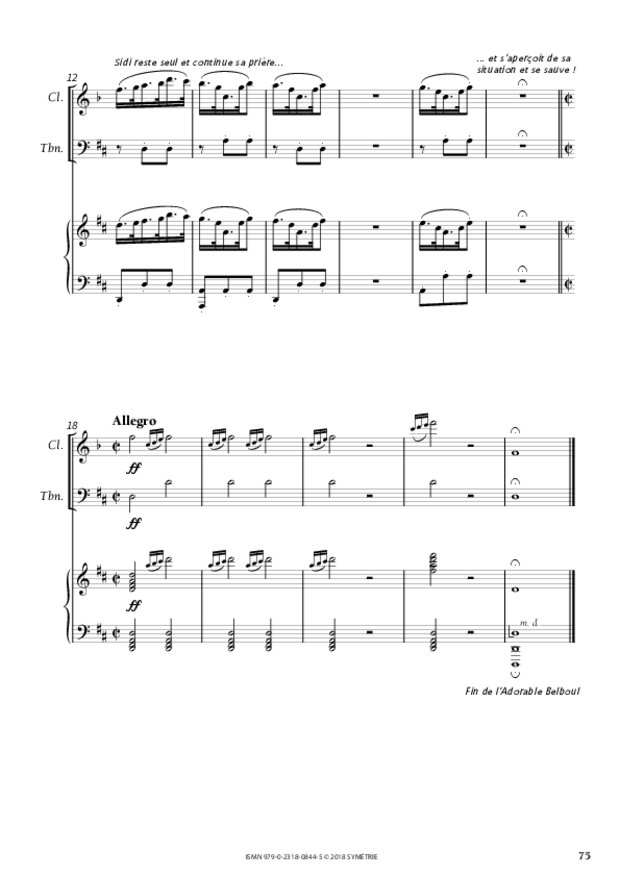 Jules Massenet, who became known through his operas Manon (1884), Werther (1892) and Don Quichotte (1920), also composed four operettas at the beginning of his career. These operettas were only known by name until now. After his first two tries in his youth (L’Écureuil du déshonneur, 1858, and Les Deux Boursiers,1859), he composed two one-act works much later: L’Adorable Belboul (1874) and Bérèngère et Anatole (1876). He however never decided to publish them, most likely to preserve his image as a serious composer which he was trying to portray at the beginning of his career.

The piece premiered in March of 1874 and the score was longtime considered lost or destroyed by Massenet. Myriam Chimènes called into question this double hypothesis after having discovered the existence of a new performance on April 27, 1903, in the presence of Massenet. The doubts of the musicologist were found to be true when the musical manuscript resurfaced during two auctions at Sotheby’s in London in 2013 and 2014. This exceptional document is considered to be one of the major discoveries in the recent historiography of Massenet, for it brings into light an unknown aspect of the composer’s work and enriches our knowledge of a less-known repertory: chamber opera.

A rather short one-act work, L’Adorable Belboul can be categorized either as an operetta or a light comic opera by its literary and musical characteristics. The spoken dialogues, which alternate with the sung traditional pieces (“Couplets”, etc.), occupy and important place in the work. Moreover, the librettists have turned to stichomythies—dialogues where the characters exchange short verse—which are abundant in the comic scenes.

L’Adorable Belboul is quite special among Massenet’s works, as the composer offers a simple yet high-quality parody of Turkery. In fact, Massenet invests himself seriously in the composition of his work: he truly makes the work his own and does not hesitate to modify it to help it become highly theatrical. Likewise, the song pieces, which are finely written and endlessly well-harmonized, indicate a subtle knowledge of the comic opera repertory.

Sidi-Toupi, a young dervish silk-winder, falls in love with the beautiful Zai-Za, whose rich merchant father Ali-Bazar, counts on first marrying off his eldest daughter, Belboul (who has much less natural beauty). The 11 scenes unwind the strategy planned by the servant accomplice Fatime, who tries to marry off Belboul instead of her mistress Zai-Za.