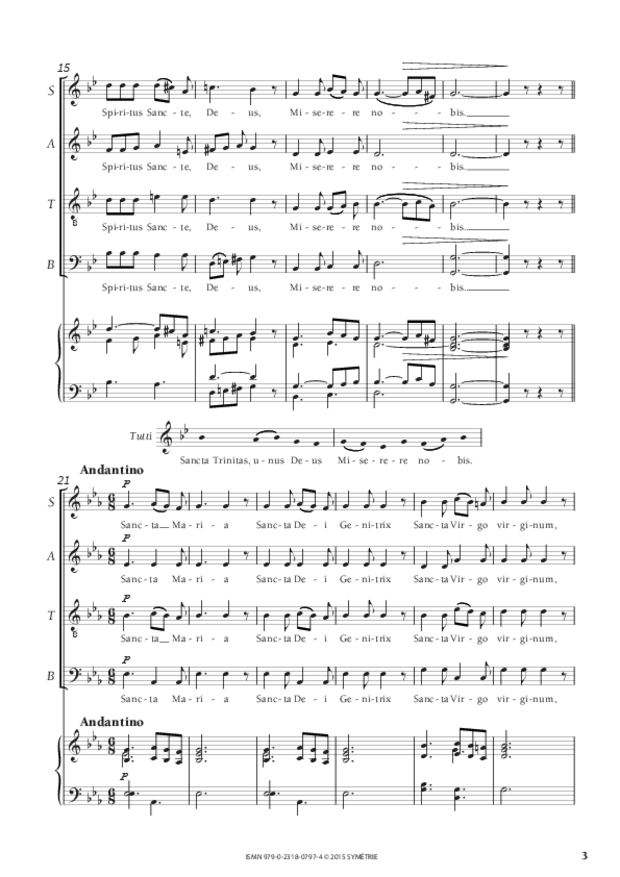 Best remembered as an opera composer (Faust, 1859; Roméo et Juliette, 1867), Charles Gounod (1818-1893) also wrote an important body of religious music testifying to his catholic faith: cantatas, latin canticles for one or several voices, short masses, requiem masses and oratorios among which Mors et vita (1885), already dedicated to Pope Leo XIII. Taking into account “the accents of the Latin prosody that he is trying to make coincide with the strong beats”, Gounod also had an interest in the Renaissance polyphonies, whose style may imbue some of his works.

The present litanies were written during Gounod’s last creative period and are rather unknown, but they can be linked to many pieces that the composer consacrated to the Virgin (motets, etc). They show an orientation mixing an archaic simplicity and typical contemporary harmonies. Their dedication (“Notre-Dame de Chartres”) originates from the proximity of Chartres with Morainville, where Gounod found refuge when he used to visit his friends Beaucourt.

Siba Sousou,
under the scientific guidance of Jean-Christophe Branger and Nicolas Moron
(translation Philippe Do)