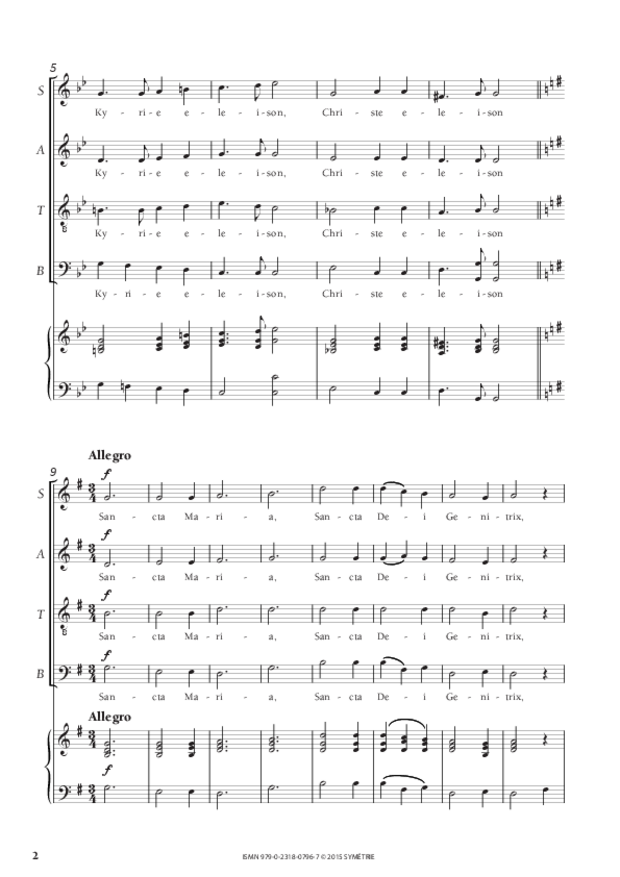 Today best known for his music for organ, Alexandre Guilmant (1837-1911) was in his time a famous organist and improviser. His vocal compositions are a significant part of his production as they include 3 Masses, several motets and liturgical chorus.

This litany in G minor, that only Kurt Lueders includes in the composer’s catalogue, was published in the Durdilly set under the title « N.-D. des Victoires (Paris) » by « Alexandre Guilmant / Organist at the Trinité in Paris ». It has an ABA three-part form. After a very solemn, traditional introductory Kyrie in 4, the second part moves into a faster tempo in 3 and in the luminous key of G major—the text (Sancta Maria) mentioning the Blessed Virgin. Then the third part revives the initial mood with a conclusive Agnus Dei of the litanies on the initial theme of the Kyrie, though with some harmonic variations. This short piece is a speaking example of the romantic religious music, often based on revisited musical borrowings of the Ancient Music, of which Guilmant was an expert. This also shows the simplicity of the composer’s style, also in his religious compositions as his other litanies.