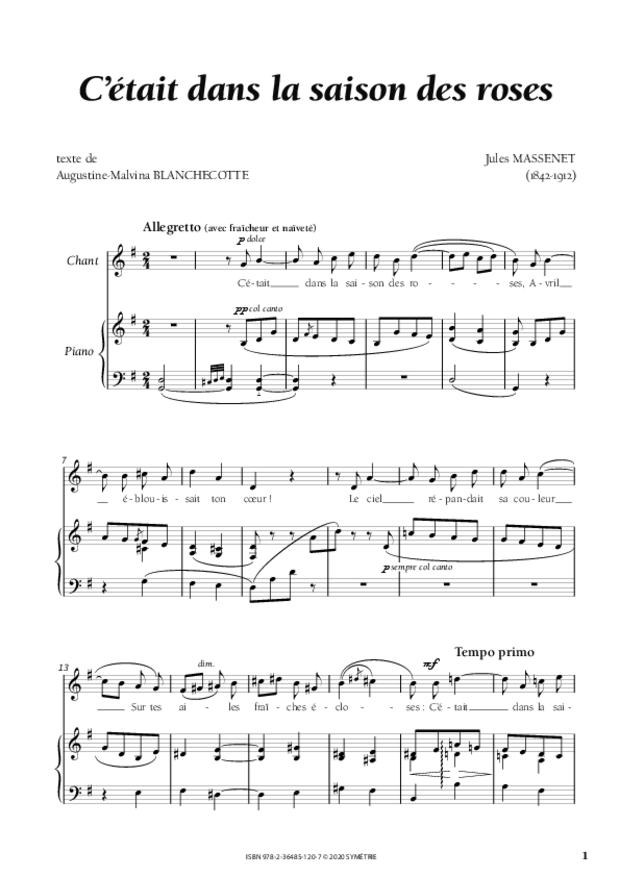 Known above all for his operas, such as Manon (1884), Werther (1892) and Thaïs (1894), Jules Massenet (1842-1912) also left nearly 300 art songs for voice and piano or orchestral accompaniment. Most of them were collected in volumes during his lifetime, having first been published mostly as separate sheets. Others are also organized in cycles from Poème d’avril (1868) to the Expressions lyriques, composed between 1909 and 1911, but published in 1913 after the composer’s death.

Massenet also composed art songs for various periodicals, some of which are included in the volumes mentioned, while others, which had fallen into oblivion, may resurface as new discoveries are made. He also followed a tradition that was common in the 19th century. The personalities who held a salon often had a musical album in which the guest composers copied all or part of one of their works, as is the case here with a song that also has the particularity of being unpublished.