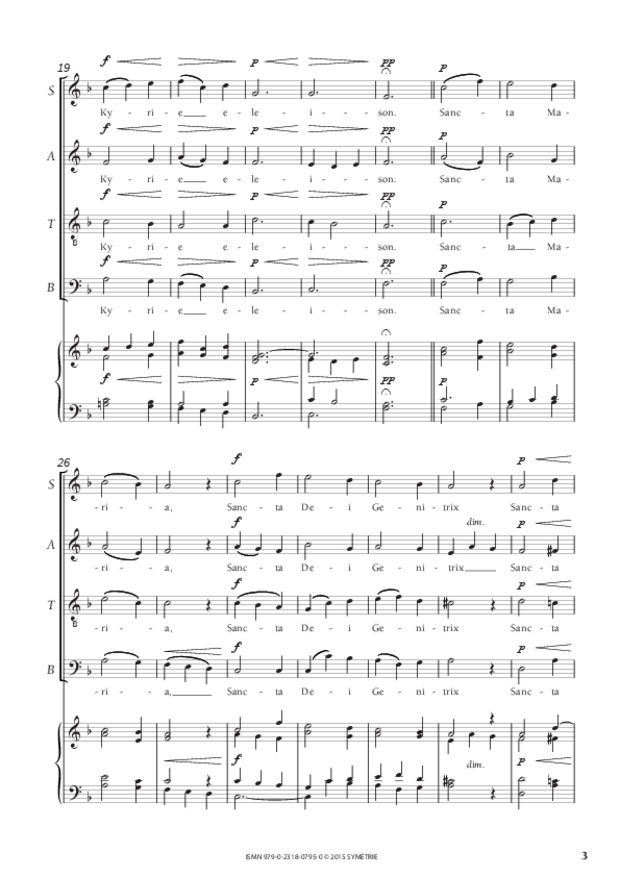 Best known for his operas like Manon (1884) or Werther (1892), Jules Massenet (1842-1912) also wrote orchestral suites and an abundant vocal and choral production, dominated by his many art-songs, some isolated religious pieces (Souvenez-vous, Vierge Marie ! (Prière de Saint Bernard), 1881 ; Ave Maris Stella, 1886) and above all four oratorios among which Marie-Magdeleine (1873) and La Vierge (1880).

In the Durdilly set, the title of his litanies refers to Valfleury, a famous Marian pilgrimage place near Saint-Étienne, the composer’s birth town. Divided in two balanced parts (Kyrie ; Sancta Maria) and very unusually written on the same musical material, they may be characterized by their mostly polyphonic writing and their expressivity based on beautiful chromatic inflexions and ever changing nuances.

Siba Sousou,
under the scientific guidance of Jean-Christophe Branger and Nicolas Moron
(translation Philippe Do)