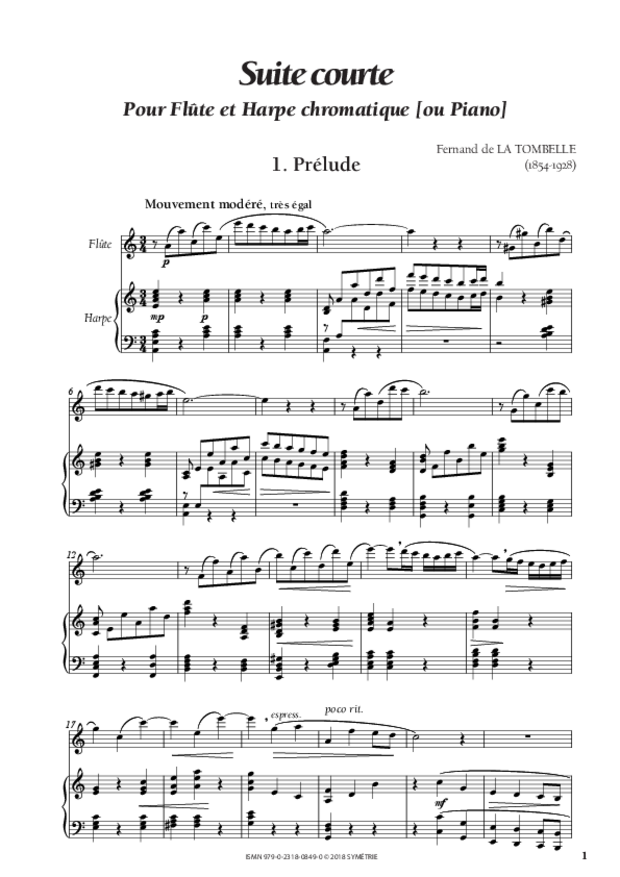 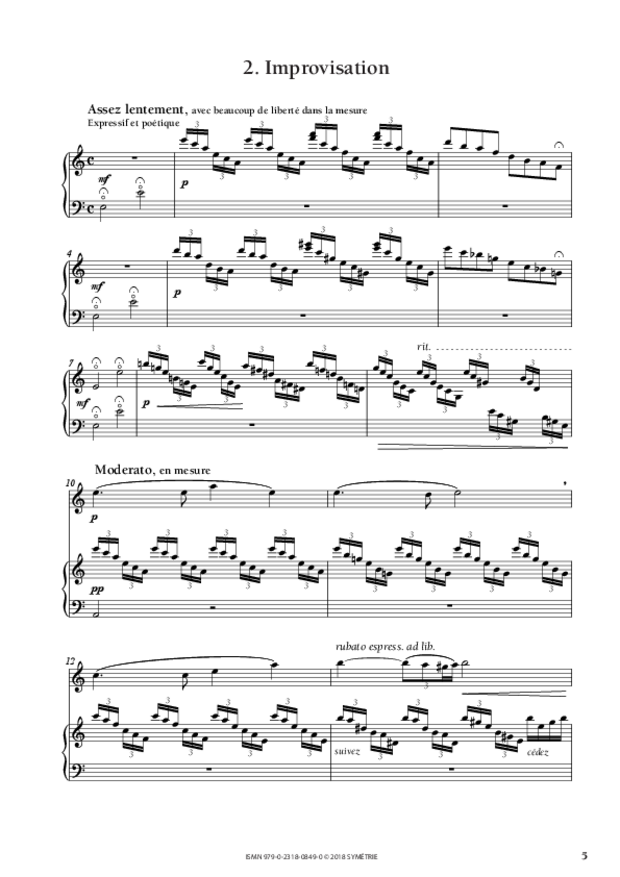 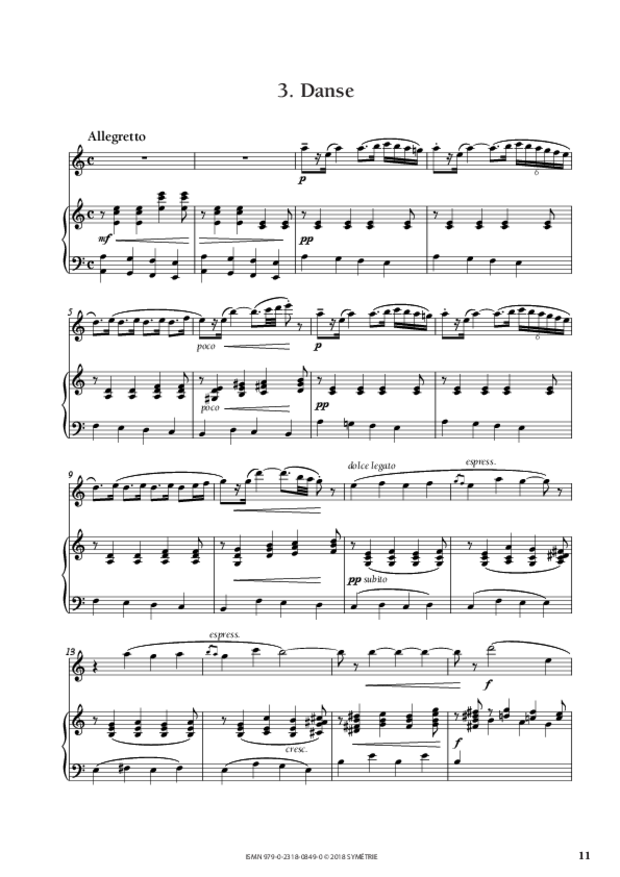 Held by the archives of the Périgueux and Sarlat dioceses, the only known autograph manuscript of the Suite courte for flute and chromatic harp is not dated. Yet, two pieces of information may give an approximate dating of the piece. First of all, a hand-written document by the composer lists this piece and specifies “at Fougeray”. This publisher edited many works by La Tombelle after WWI and the Suite courte seemingly was planned to be one day. Moreover, in the complete catalogue of the musician, there are many chamber music works titled “Suite” during the years of war. One thinks of the Suite for three celli, written around 1914 and published by Maurice Senart in 1921, or of the Suite brève pour deux violons et piano (Brief suite for two violins and piano), a four-movement piece today lost, most likely dedicated to Fernand and Jacques Lespine, and first performed with the composer in 1916. With the major part of La Tombelle’s works written during WWI still unpublished, the Suite courte might date from this period.

Divided in three movements, the piece begins with a Prelude largely using regular patterns, harmonic progressions of the seventh on the circle of fifths, harmonies on the pedal tones of the tonic or the dominant, of traditional authentic cadenzas. These elements show La Tombelle’s wish to return to a certain classicism, as with former pieces composed at the same period. In complete contrast, the second movement, Improvisation, as the title indicates, has a much freer form: accompaniments in arpeggios, harmonic sounds, greater rhythmical variety, short passages similar to cadenzas. It should be noted that the introduction to this second part recalls another piece for harp by the composer: the Fantaisie Ballade for pedal harp. After rigour, then flexibility, it is the time for Dance with the third movement. Combining the rhythmical precision of the first movement with the fantasy of the second, this short movement concludes the piece in a lively manner, using repetitive syncopated rhythms in the accompaniment and dotted ones in the melodic part devoted to the flute.

Throughout the piece, the main key remains A minor ensuring an overall consistency, but the difference of character of the three movements also gives this Suite courte a real variety of atmosphere.

Given the scarcity of chromatic instruments of the Pleyel company nowadays, we advise performing this piece either by adapting it for the diatonic harp, or playing it as written, but using a piano.