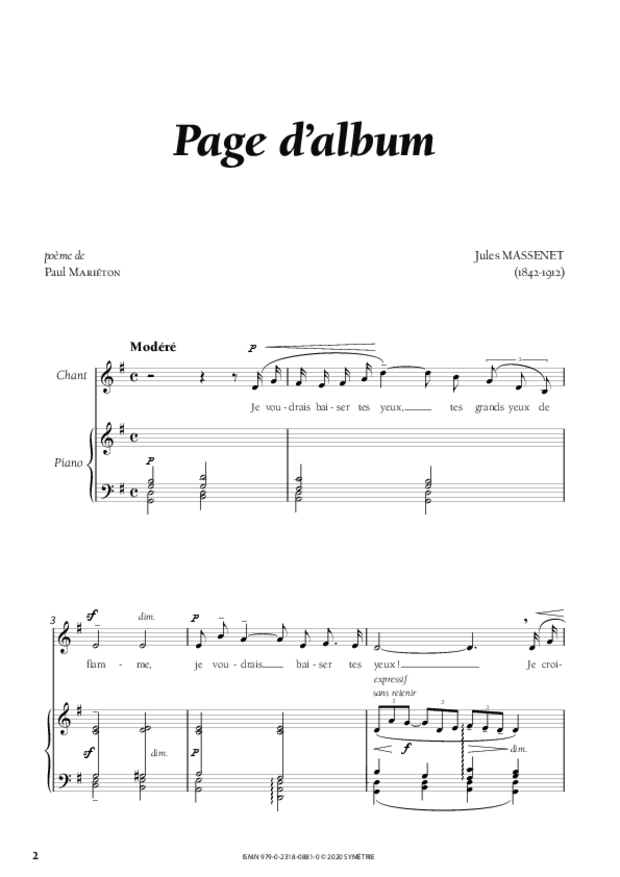 Among the contemporary poets set in music by Massenet, Paul Mariéton (1862-1911), a Provence poet and founder of the Revue félibréenne (1895), has a particular place. The two men had known each other since 1884, when they planned to compose an opera based on the short story by Mistral, Nerto, a project eventually abandoned in 1890. Nonetheless, Massenet and Mariéton went on collaborating, since they published 3 songs for voice and piano: Ne donne pas ton cœur (1892), Séparation (1895) et Souvenance (1897). This set is completed by another original and unpublished song, that we know through different sources.s.

This song was never to be published, all the more so as on April 12th, 1891, Massenet informed Mariéton “that there is a scission between Hartmann and (Paul) Milliet” , which soon after led to the bankruptcy of the publisher. After that, Massenet composed other songs on Mariéton’s poems, but they were separately published by Henri Heugel from 1892 on as Séparation and Ne donne pas ton cœur. They constitute to this day, the first songs of the chaotic collaboration between Massenet and Mariéton.