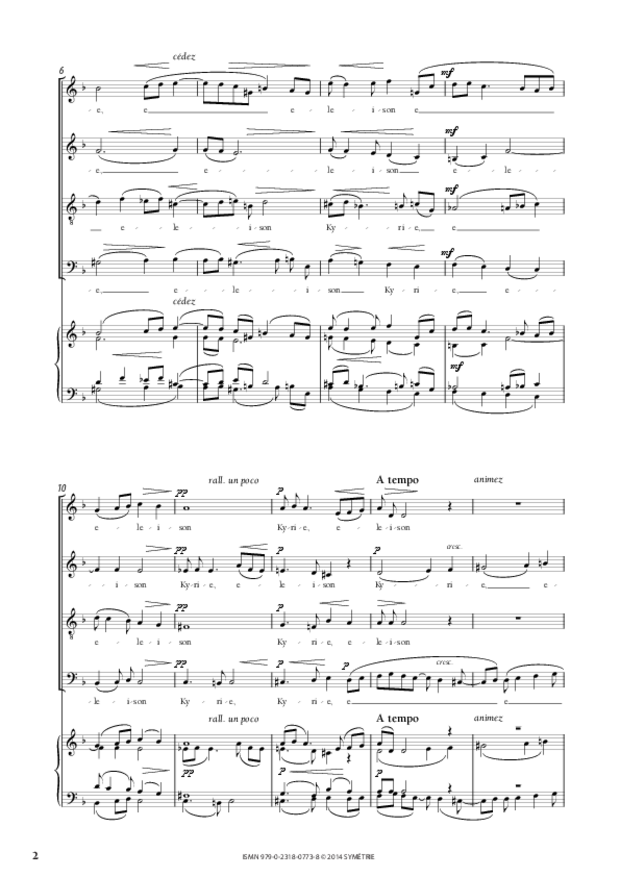 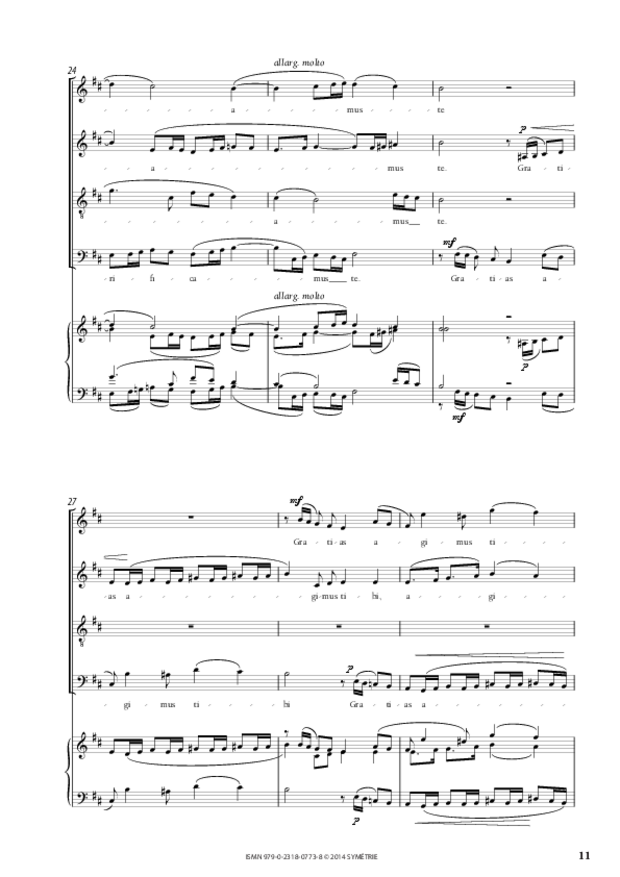 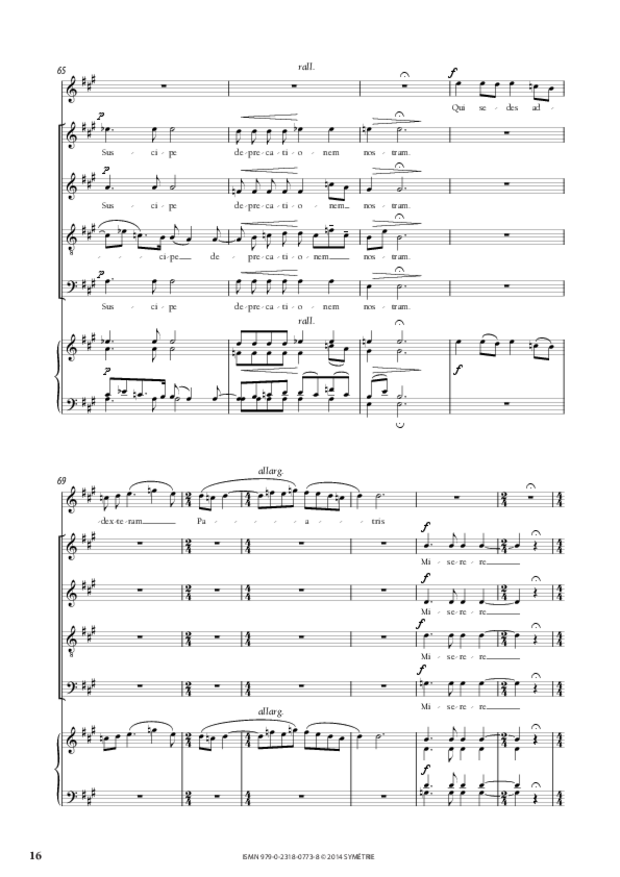 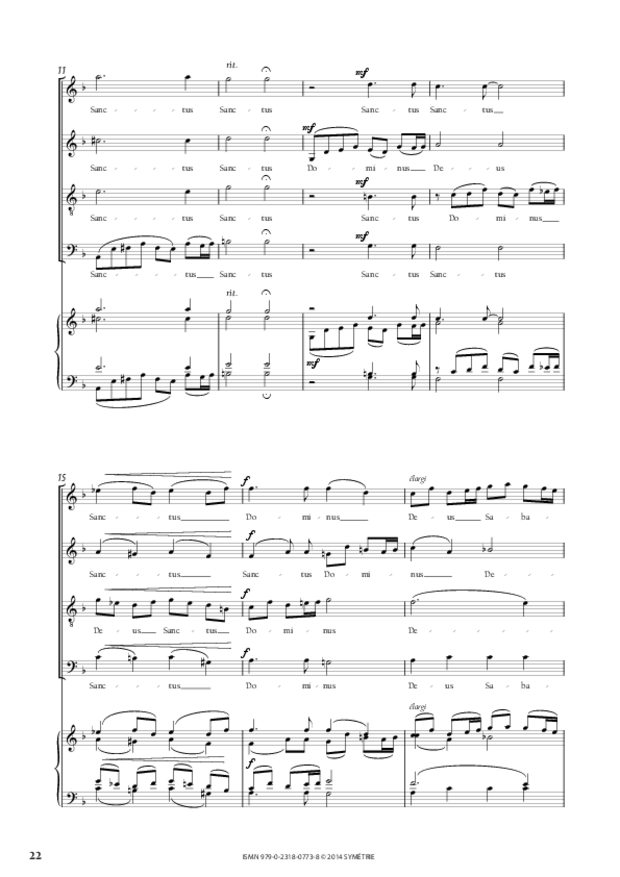 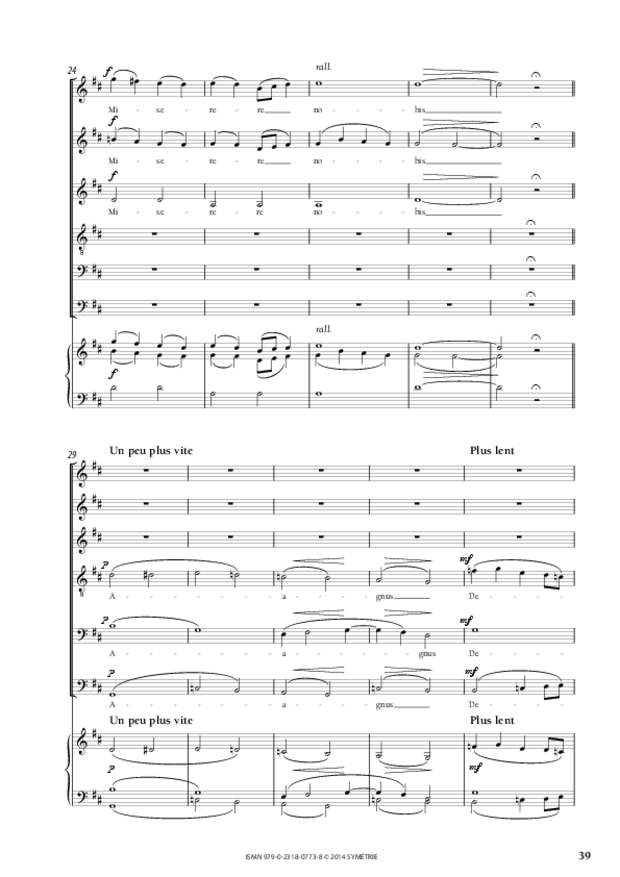 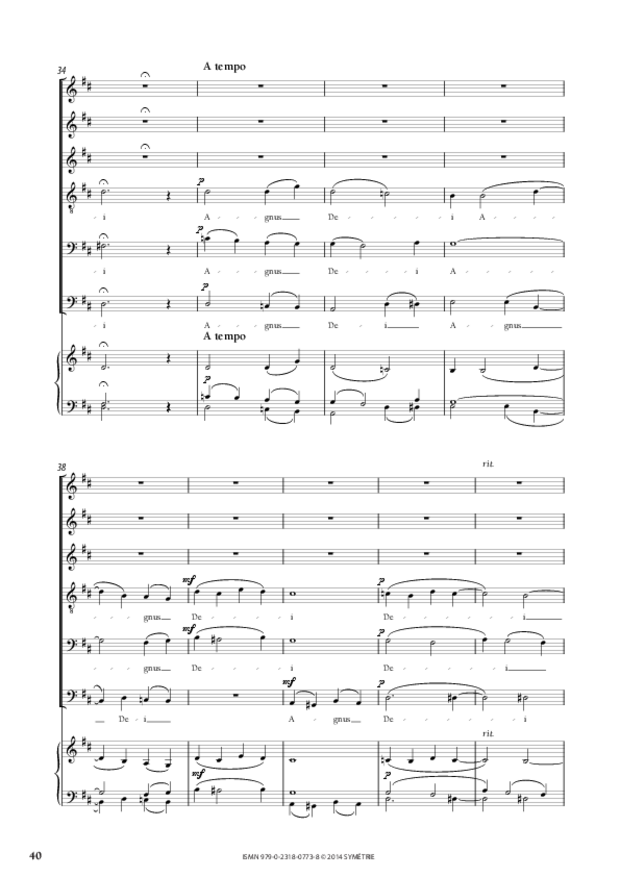 For a catholic Breton like Jean Cras, it was only but natural to write a mass. To choose this “very special genre”, an a cappella mass, was the result from his particular technical and aesthetic pursuit, adding to—even justifying—the spiritual and symbolic importance of the work. Writing here is an act of faith. The Mass, in its demanding formal dimension and often contrapuntal writing, refers to the necessity he formulated, to produce a rigorous music, technically controlled and finely structured. In the intensity of the melodic speech, both generous and inner, the “surge of the tamed soul” can be heard, giving this magnificent work a great intensity and sincerity of accent (“this music deprived of artifice” that he called for).

The a cappella Mass for 4 mixed voices by Jean Cras was a unique work comparable to none in its time. To choose an a cappella writing was particularly rare. Indeed this means secure singers as this Mass is difficult for them. It requires large vocal ranges, mastering melodic intervals, sometimes tricky ones within a phrase (chromaticisms for example), or between two phrases (large leaps), the ability for each voice to attack and lead its line independently from the others but in total awareness of the whole. For sure difficulties come from the fact that the choir is treated as an instrument per se, an instrument whose limits Cras explored without any concern for the tricks his writing may have. He was tinking vocal group and not superimposed voices.

Jean Cras’ Mass has apparently never been performed while he was alive. The manuscript long remained in the family archives before being kept at the M.M.M. Its first performance in its original a cappella form took place at the Armenian catholic cathedral of Paris in April 2007 by the Madrigal de Paris under the baton of Pierre Calmelet, shortly before the recording made by the same performers for Timpani.

A recording of a cappella Mass is available on the Timpani label.