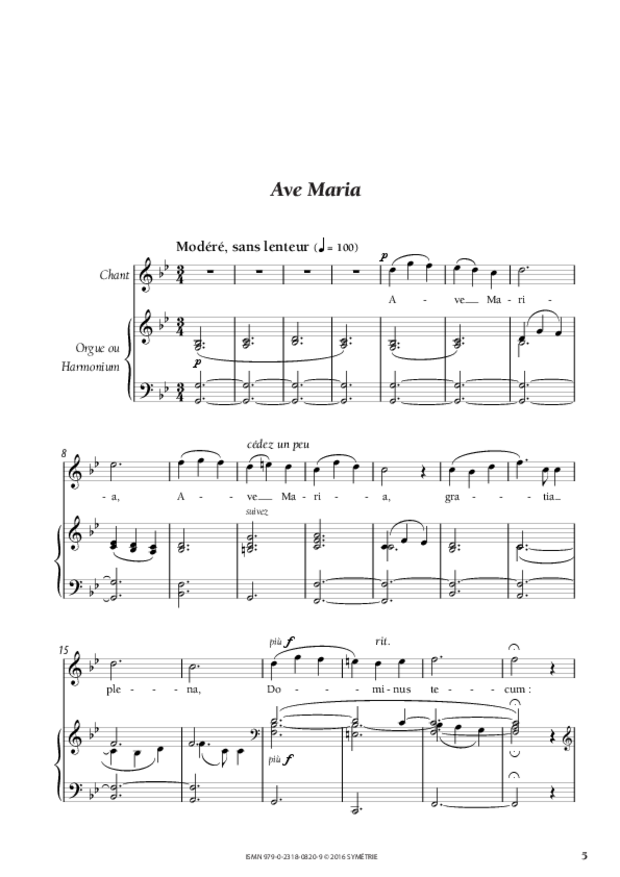 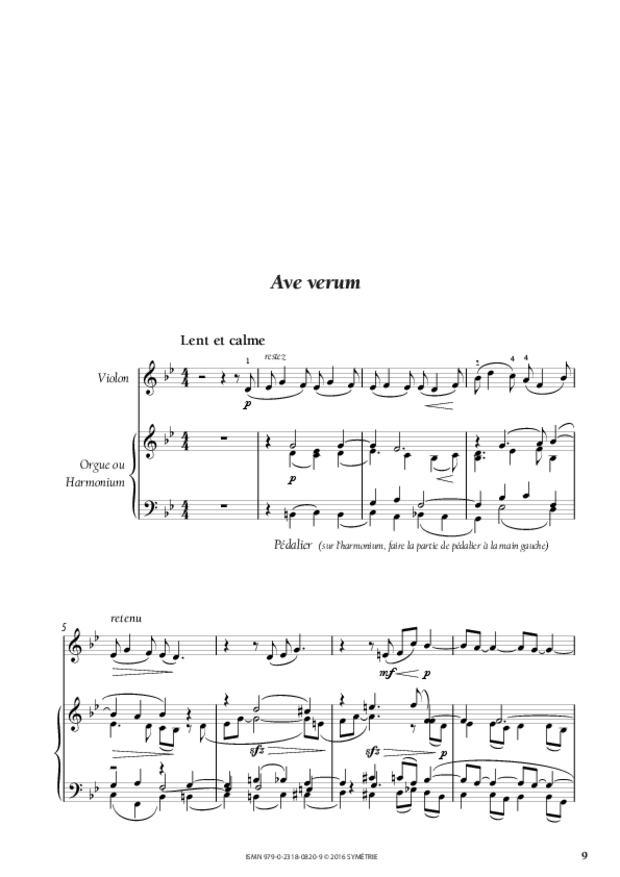 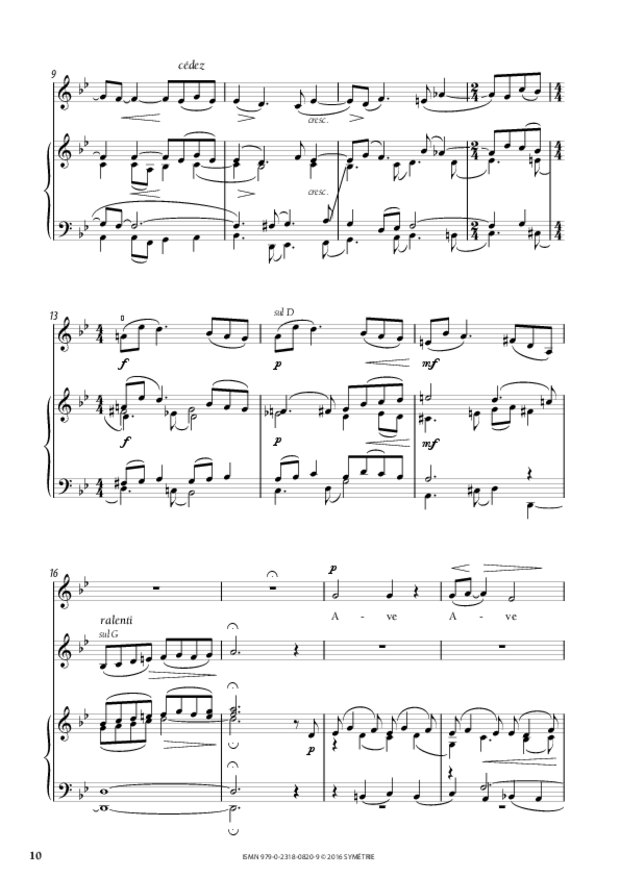 Jean Cras (1879-1932) was a devout Catholic: no wonder considering his origins and background. He was a strict practicing Roman Catholic as was his family, then his wife and finally his children. The large correspondence with his parents and above all his spouse (it was the only way for a Marine Officer at that time to exchange news with his loved ones during long weeks of absence) gives us precise information on how he deeply lived his Catholic faith, and notably on the importance he gave to the Sacraments of the Church. No wonder that this faith was translated into his works catalogue; but in a very limited way, maybe simply because the majority of his works is—according to him and until his opera Polyphème—he manifestation of the Divine intervention, without any need for him to indulge into the “religious”. He left a Messe à quatre voix a capella—and following another mass he wrote as he was very young—, a few canticles and organ pieces, and the three little motets of this very notebook.

It is true that they are in the same vein, even if spaced in time, and that they originate from the natural habit of Cras to write for one of his elder sisters, Gabrielle, a distinguished soprano who created many of his songs. The origins of Panis angelicus remain unknown, it was written when he was 20, before his crucial meeting with Duparc, and dedicated to Gabrielle. We know more about the other two motets thanks to his correspondence.

In June 1905 he wrote to his wife: “I half set up an Ave Maria with solo violin that might be very good if I complete it as I want.” The work did reach us but without the obbligato violin. Did he write a later version without violin? According to the only remaining manuscripts dated 27 August 1910, and with only the voice (high or medium) and the organ or harmonium parts, it does seems so.

We know more about the Ave verum. First by a letter dated 27 November 1905: “I was alone on board that night. I worked on that Ave verum corpus I told you about. I will not have completed it by Thursday; but I will bring it to you all the same. It is written for organ, violin and voice.” This time, no doubt: there is a violin from the beginning and it will remain until the definitive manuscript dated 16 November of the same year. This prayer must have been dear to the family’s heart as it was part of the musical decorum of the wedding of Charles Cras, Jean’s elder brother. Did the composer play the organ? Most probably, as well as one of his other sisters, Amélie, played the violin. In any case, we know who sang: “The wedding went very well. Great speech from an old priest […]. Good music. Gabrielle was very nervous at the beginning of the Ave verum, but no one noticed.”

A recording of the Trois Motets (Panis angelicus, Ave Maria and Ave verum) is available on the Timpani label