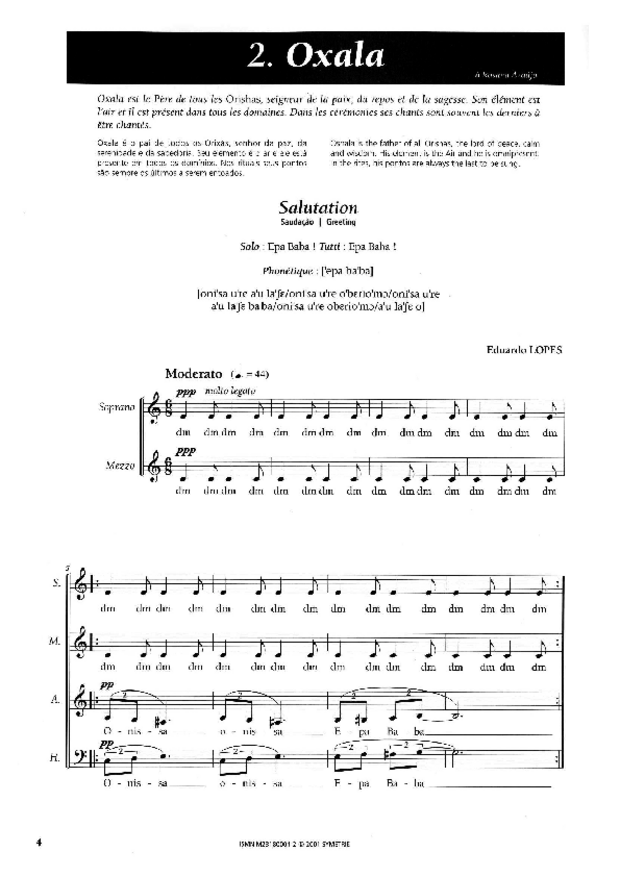 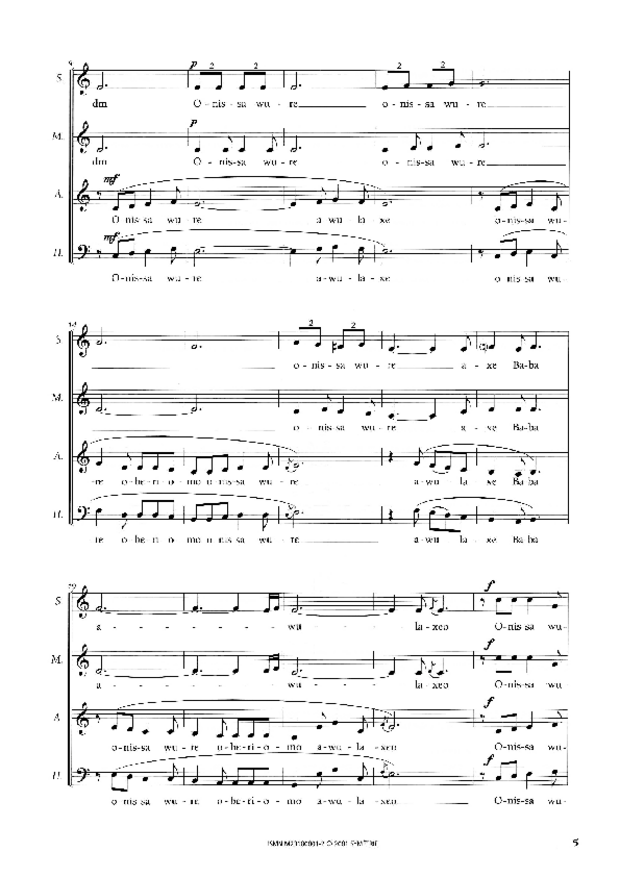 The first two pieces presented in this collection as well as the chorus of the third one were inspired by three Afro- Brazilian songs. These songs belong to the tradition of the Candomblé, one of the syncretic religions originating on the Atlantic coast of the three Americas (Brazil, Cuba, New Orleans and Haiti…) and widespread all over the world nowadays. Its origins are lost in time and are inextricably linked to the most ancient African traditions.

Music plays an essential role during the different rites celebrated in temples known as terreiros. The percussion instruments used are the three sacred atabaques (drums): the rum (large), the rumpi (medium) and the rumpilê (small), and a pair of agogo bells (two iron cones fixed together resembling cowbells played with a metal stick and producing two different pitches).