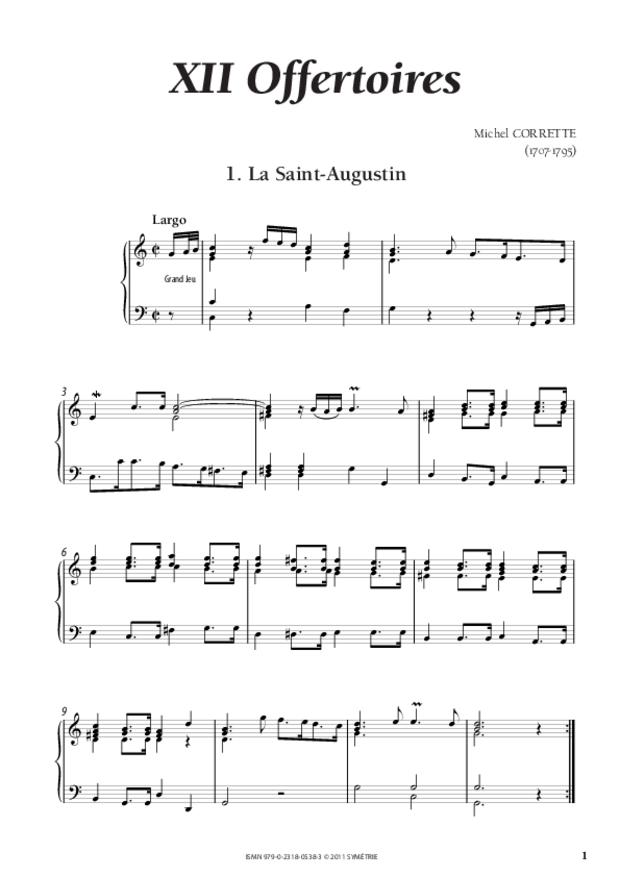 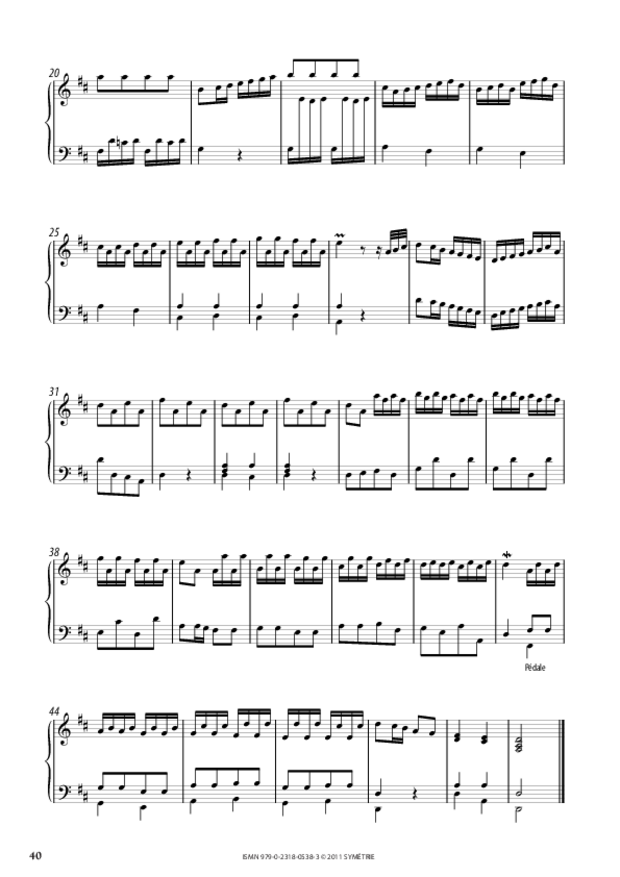 The XII Offertoires can now be added to the five previously known organ books. They fill a gap not only in the composer’s output of organ music, between 1756 (IIIe Livre d’Orgue) and 1787 (Pièces d’orgue dans un genre nouveau), but also in the output of the period since Corrette was the only organist to edit for his instrument in the entire period from 1740 to 1772.

These Offertoires are played for the most solemn feast days (majors or doubles). The order of the pieces does not follow the date on the liturgical calendar and perhaps corresponds quite simply to the chronology of its composition.29 Corrette, however, wished to honour the patron saints of religious communities who are the most usual recipients of organ books: the Augustinians, the Benedictines, the Dominicans, the Franciscans, the Bernadines. It is not astonishing also to find the most venerated apostles, like St John, St Peter and St Paul.

A recording of the XII Offertoires is available on the Le Chant de Linos label.
›