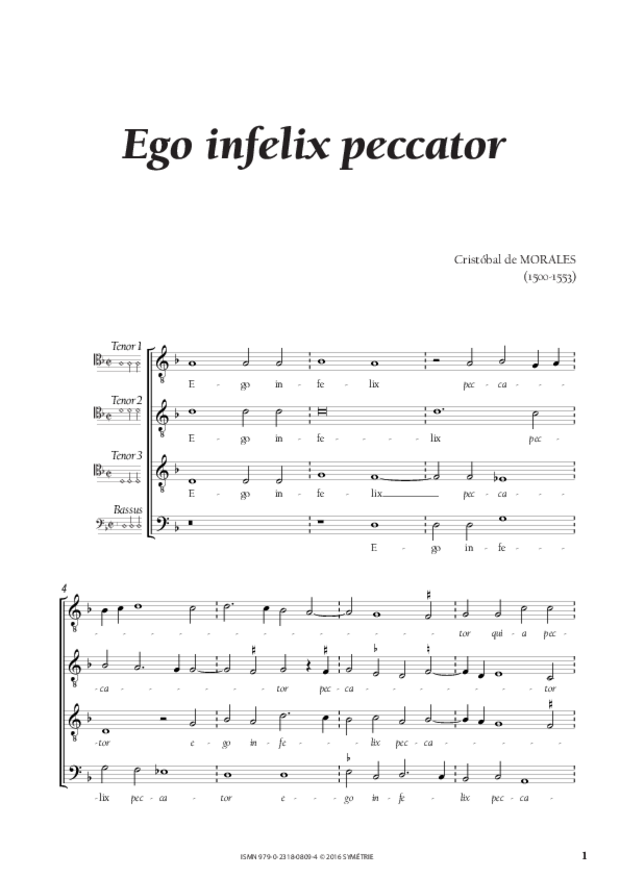 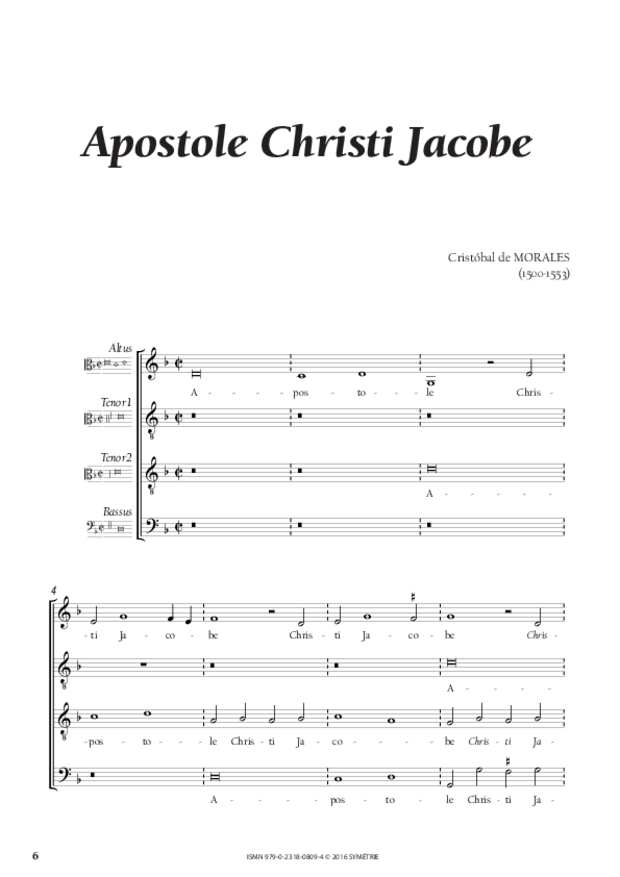 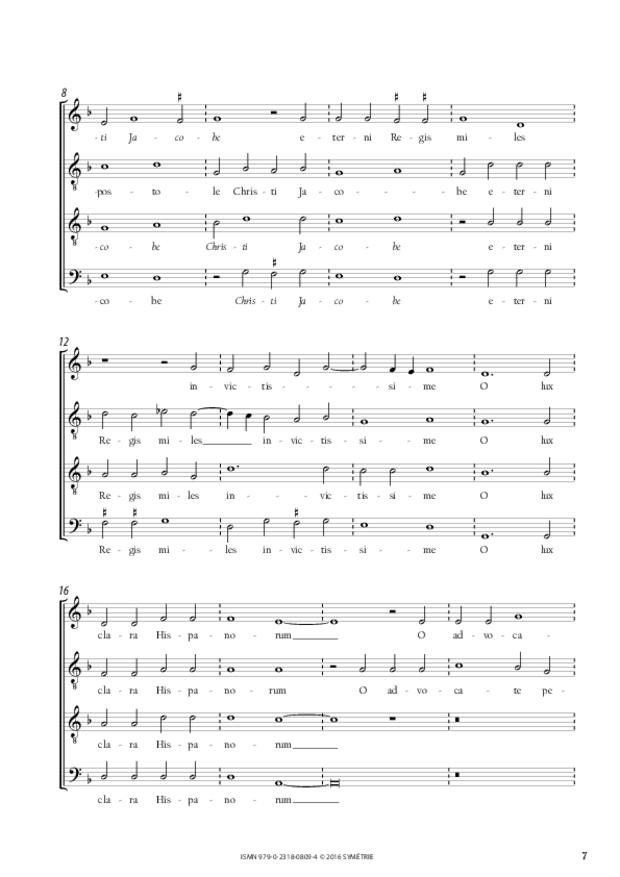 The Ego influx motet is an almost unknown work by Cristóbal de Morales. Two rather contrasted versions exist: the manuscript 5 from Valladolid1 and the manuscript MM40 from the Porto Library (Portugal). The first one by the characteristics of its writing—especially the use of short repeated notes on the same tone instead of long held notes, or the absence of any text—seems to have been copied for an instrumental ensemble, whereas the second one is clearly meant for a vocal performance.

The text on which the motet is based, very rare in Iberian sources, falls within a contemplative meditation rhetoric, close to the tradition of the Miserere, with all the necessary restraint. Musically, the skillful use of federating themes (the half-tone or the repetition of notes on key words), the presence of dissonant passages and the changes in the harmonic material (counterpoint-homophony) are as many elements giving this motet great expressivity.

Attributed to Morales in the manuscript 5 from Valladolid, the Apostole Christi Jacobe motet remains to this day the only known version of the work ; a motet with the same title from the manuscript MM40 from Porto (Portugal) does not match. The text is a gloss, probably a sequence of local liturgy dedicated to the patron saint of “the Spains”, as there used to be all over the territory.

The ubiquitous rhythm of Peon 4 (˘˘˘–) on the same note in the manner of a call to arms, corresponds to the belligerent material worthy of Saint James, both a saint and a soldier. With a slow harmonic rhythm and a very strong harmonic feeling and almost no dissonances, the composer manages to convey a feeling of strength, reinforced by the ethos typical of the ultimate solemn first mode. The use of full sounds and an ensemble of low voices reinforce this sense. Yet the composer manages to create contrasts thanks to the dynamism deriving from the use of means like the splitting of vocal ensembles, the alternating of homophony and counterpoint or the presence of crossed rhythms (ternary within binary). There is a predominant feeling of strength, courage and bravery, qualities long associated with the figure of St James, miraculously appearing before the Christian troops to give them courage to defeat the Arabs during the Reconquista.