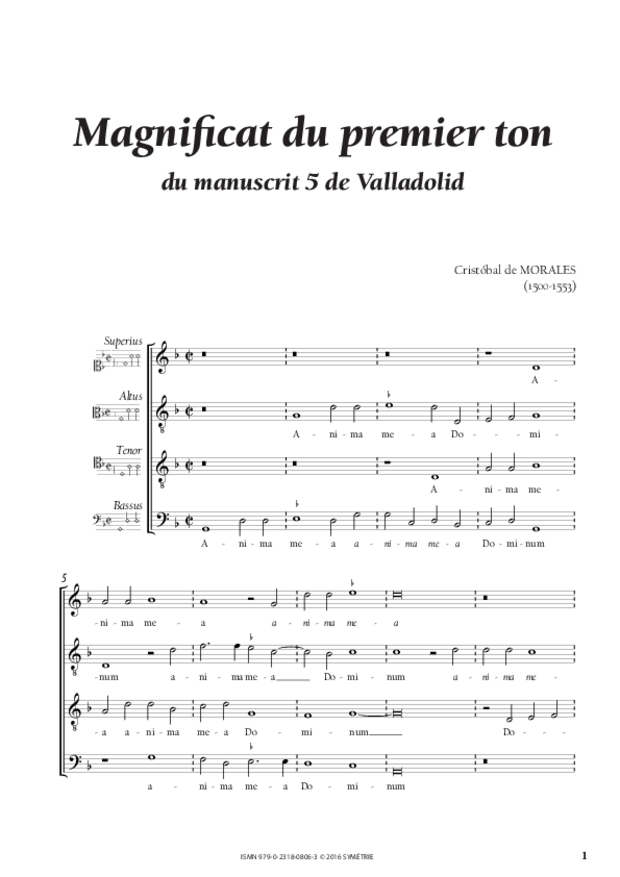 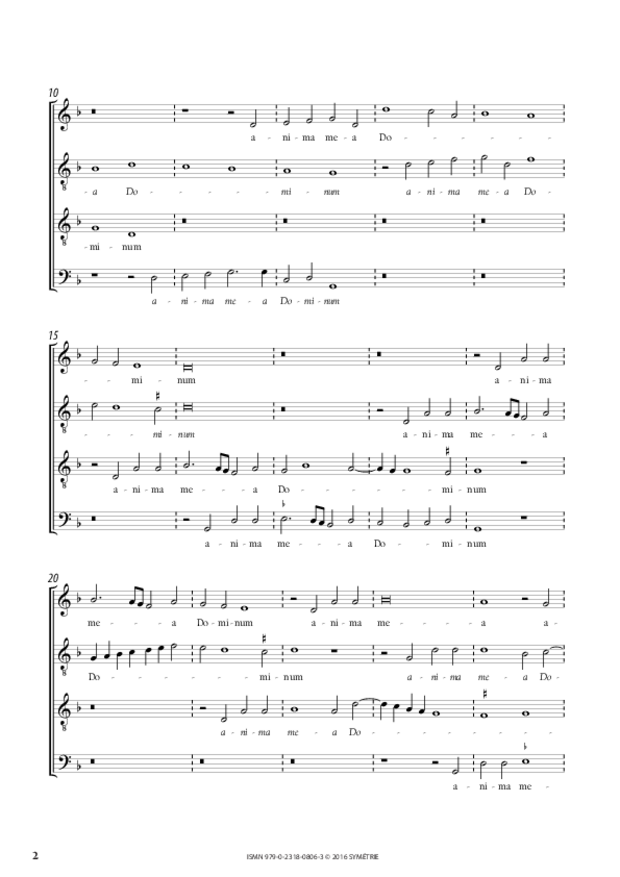 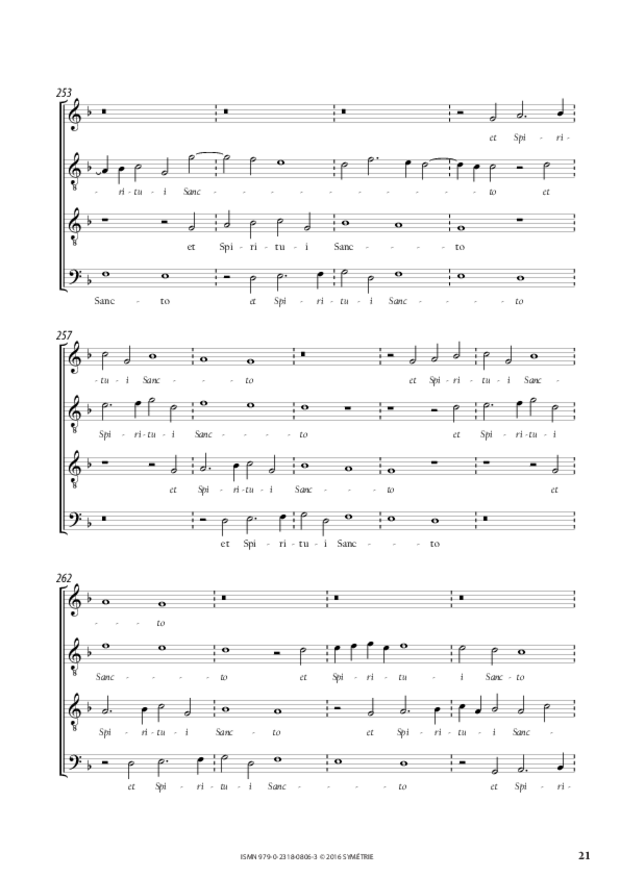 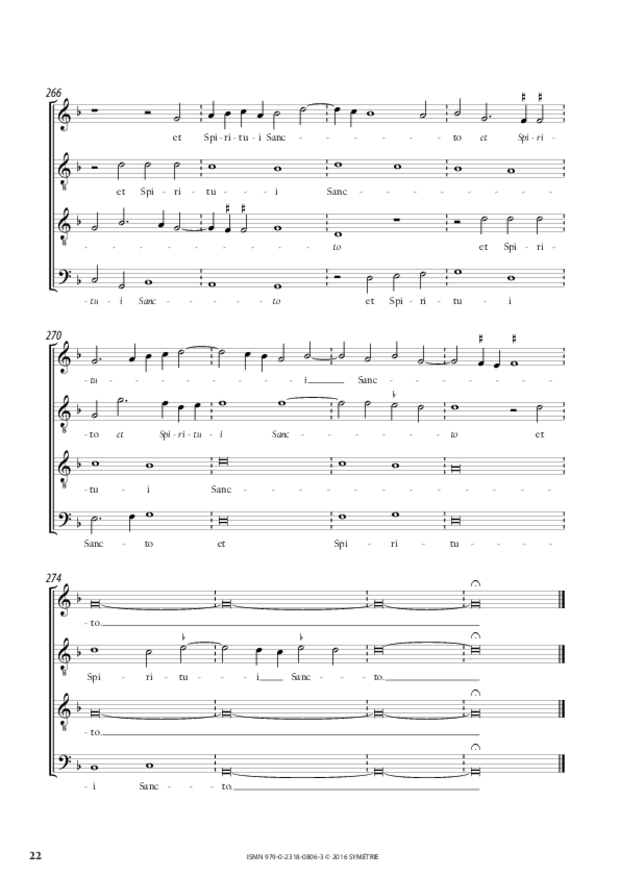 This Magnificat primi toni attributed to Cristóbal de Morales comes from the manuscript 5 of the Valladolid Cathedral and has not been listed in any printed edition until this day. Morales Magnificats were his most famous works, some of them counting no fewer than fifteen editions before 1600. They were often copied and were in circulation in Europe and in the New World. In 1592, almost forty years after Morales died, Zacconi wrote that his Magnificats were still being sung “in a hundred churches.” In the 18th century, Girolamo Chiti, Saint John Lateran’s choirmaster, considered Morales’ Magnificats as “the best works of the papal choir” and deserved according to him a “universal praise.” These praises quickly drew the attention of musicologists, who thoroughly studied these masterworks of Renaissance polyphonic writing.

The Magnificat primi toni was written for 4 voices (SATB with a rather low alto) and is a perfectly consistent piece in its structure, as far as the use of the same mode for all sections then was not the prevailing rule. This work falls within the style of continuous imitation, with many themes (re)formulations, whose density does not enslave the profoundly “cantabile” character of the piece. The intrinsic value of the Magnificat mostly depends on the composer’s talent to follow the principles of the cantus firmus migrans in the plainchant and to develop at the same time a set of additional melodies, sometimes adjacent and sometimes underlying the original Gregorian melody. Yet the Gregorian melody is never presented fully literally or explicitly, even less in long values easily recognizable. Morales enjoys shortening, rewriting even hinting it. Moreover the creative ability of the composer is not tarnished by the repetitions of these additional melodies, but on the contrary is enhanced by that hard work of construction and permanent reconstruction of themes. Despite this apparent complexity, the melodic movements happen most of the time in conjunct intervals, including the use of conjunct ascending movements in semi-minims, especially for the “bassus” voice (a technique typical of the composer). The melodies created by Morales allow an easy and most pleasing vocal interpretation, where dissonances are almost nonexistent. It is most probably Morales the singer who gives us here a vocal masterwork.