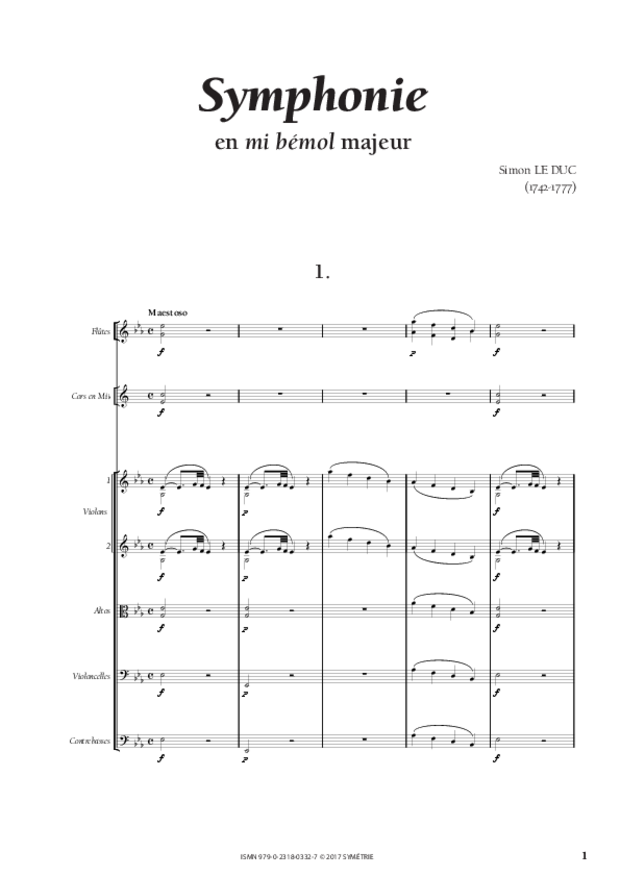 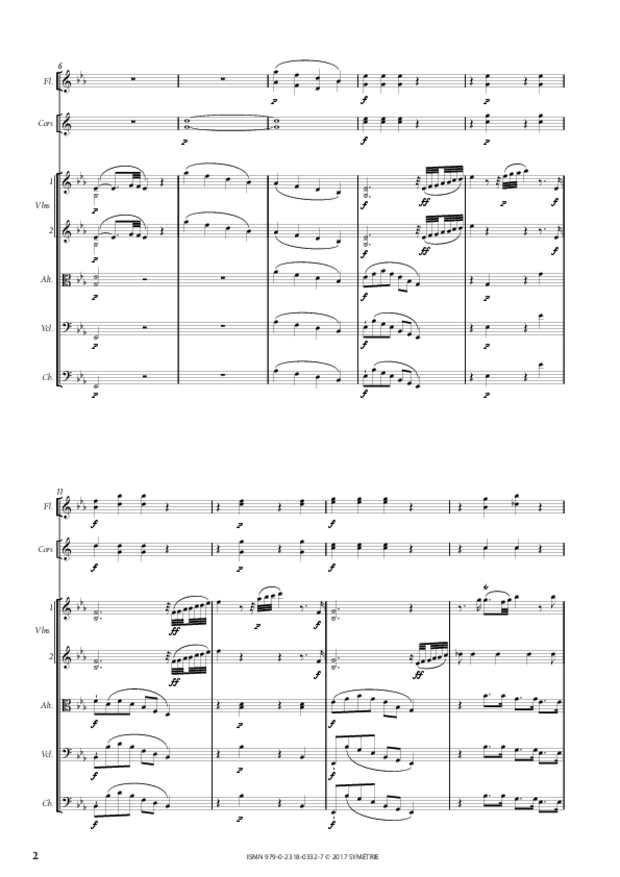 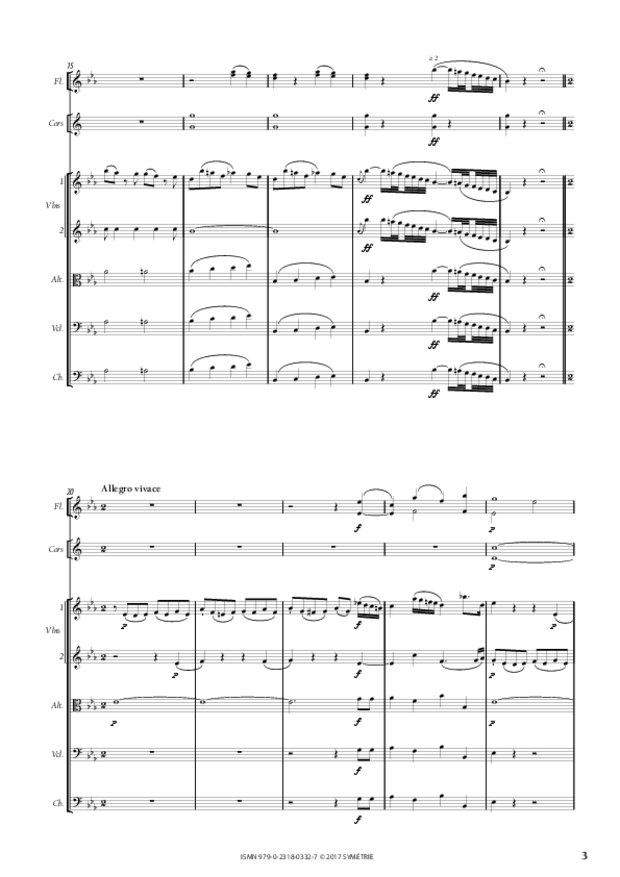 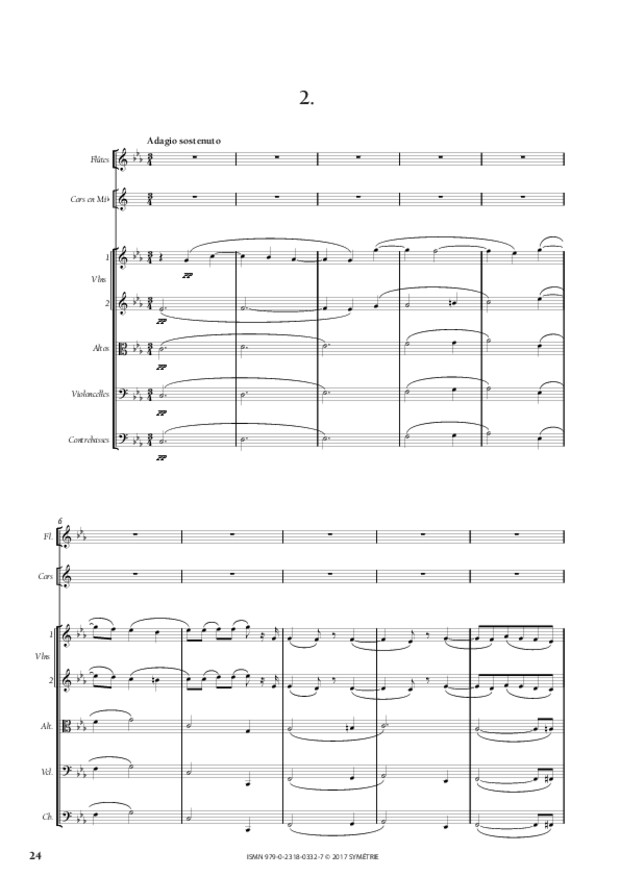 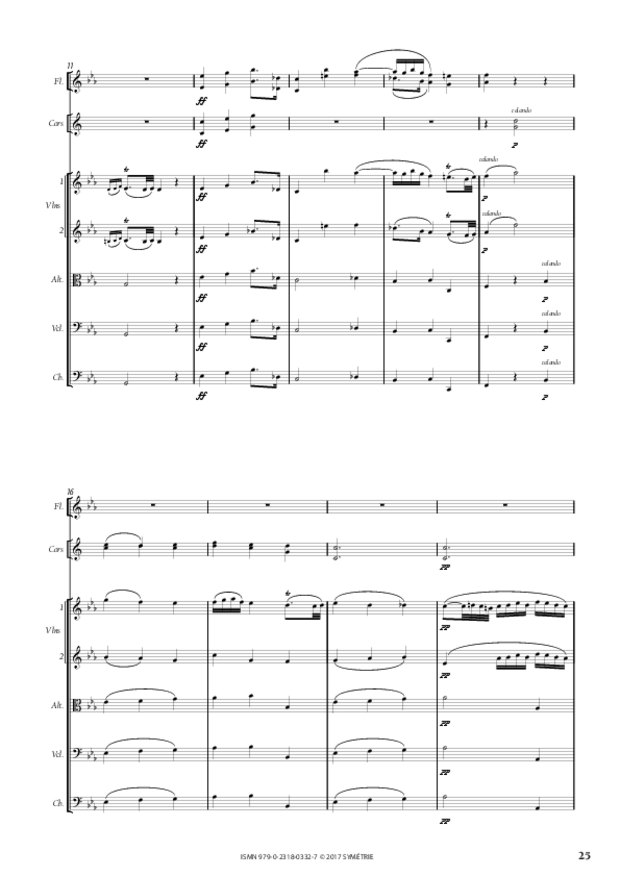 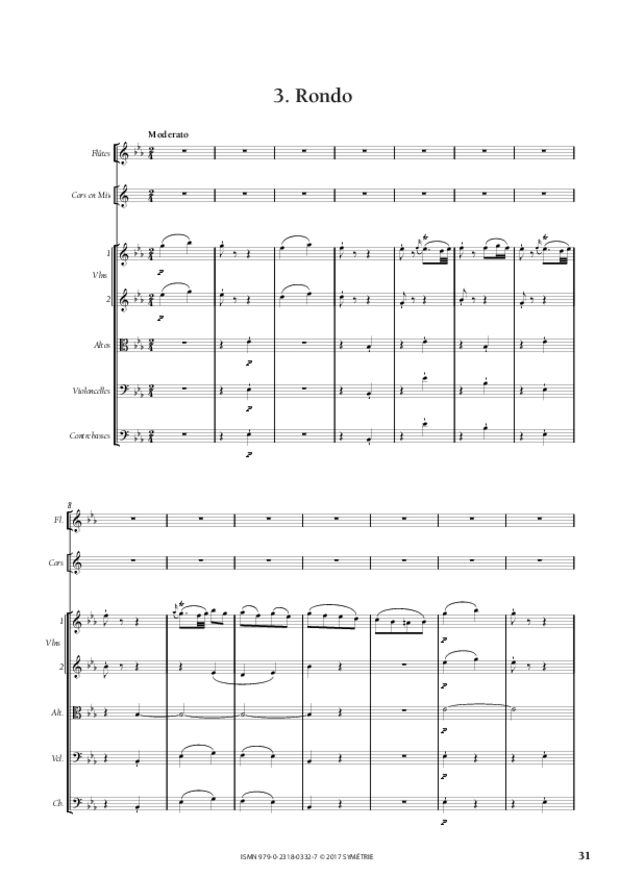 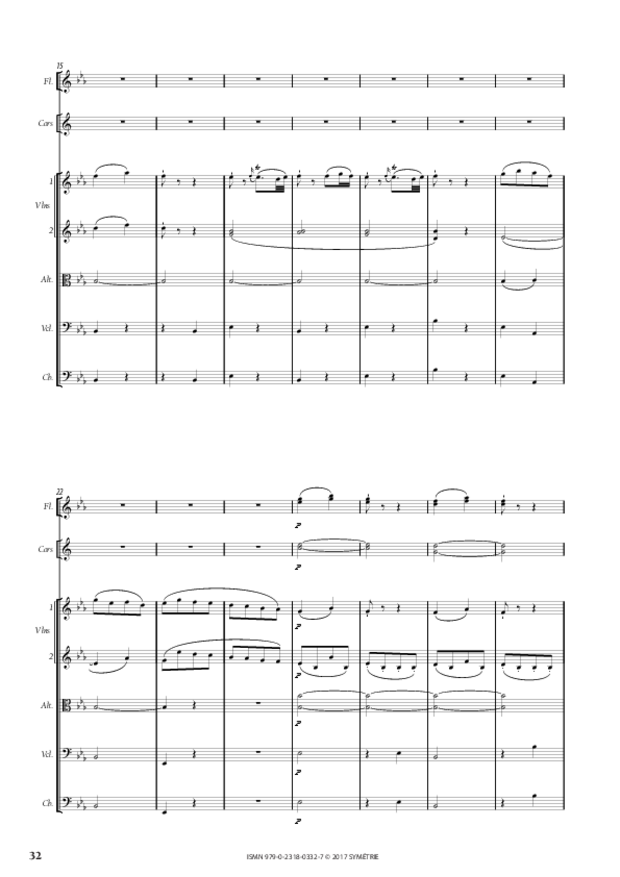 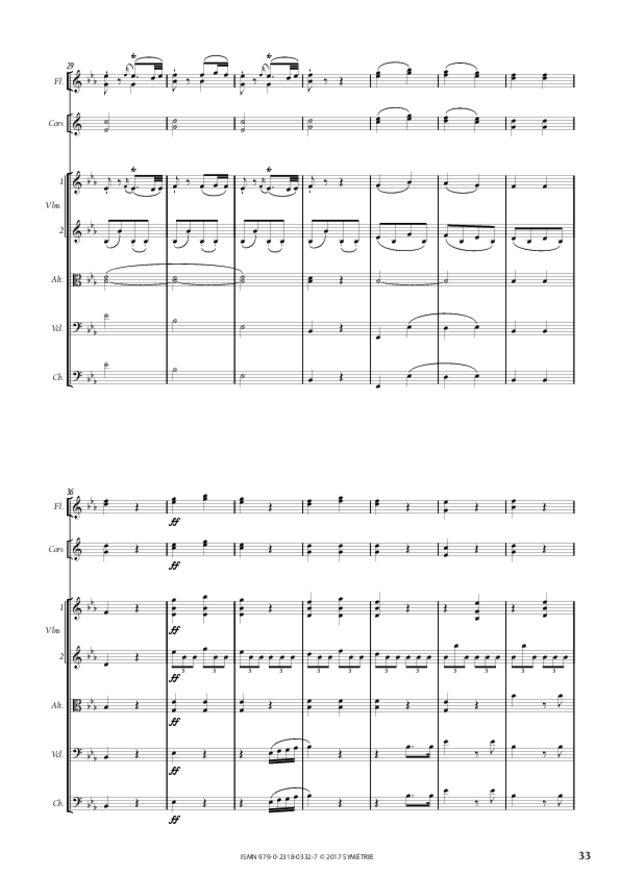 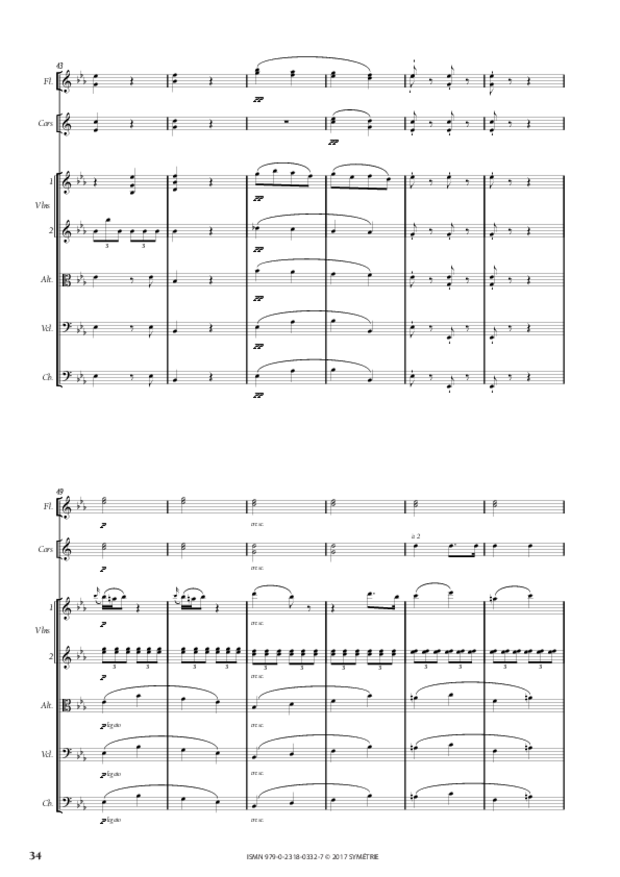 According to the original edition, this symphony was first performed at the Concert des amateurs—a concert society in competition with the Concert spirituel​—in 1777, the year Le Duc died. It shows a fusion of Germanic (the Mannheim school), French and Italian styles. Le Duc was undoubtedly influenced by Italy, like almost all symphonists of his time, the structure of the work being in 3 movements, fast-slow-fast. He added, though, a Germanic expressivity, with an orchestration typical of the German school, and added the virtuosity characteristic of the French school, particularly for the violin, his own instrument.

His avant-garde style becomes clear with the use of a great variety of different rhythms in short passages. The omnipresent dynamic contrasts are efficient and spectacular. Generally, the harmony remains simple. Nonetheless, the use in the first part of a diminished seventh chord (bar 139) demonstrates the search for a style and colours that prefigure the great pre-romantic symphonies. The flutes and horns add body to the harmonic material, while the violins stand out with a contrasting melodic line. Wind instruments rarely play alone and are used with much finesse. Chromaticism, used not only in the middle parts but also in the melody, reinforces the expressiveness.

The symphony starts with an allegro vivace preceded by a maestoso slow introduction, enhancing the joyfulness of this section. The beauty of the second movement makes itself felt with the use of suspensions, tiling, and the Neapolitan sixth, an interval very frequently employed to create a feeling of drama and poignancy. This moving adagio sostenuto contrasts with the last movement of the symphony, a dynamic and light rondo moderato. The theme is treated in a different manner at each repeat, either in thirds, or with the wind section, which has a more active role in this third part than in the preceding ones. The simplicity of the theme and the French lightness of ornaments in 8th or 16th notes, giving this rondo a delicate particularity, enhance the gravity and the depth of the middle movement.

This lively, rich, expressive symphony by Simon Le Duc is, as Barry S. Brook puts it, “one of the masterpieces of symphonic music of the 18th century”.

It is remarkable for its expressiveness: the dynamic and rhythmic contrasts abound, the search for style and color prefigure the great romantic symphonies. We appreciate the adagio sostenuto, particularly poignant as well as the very French rondo.