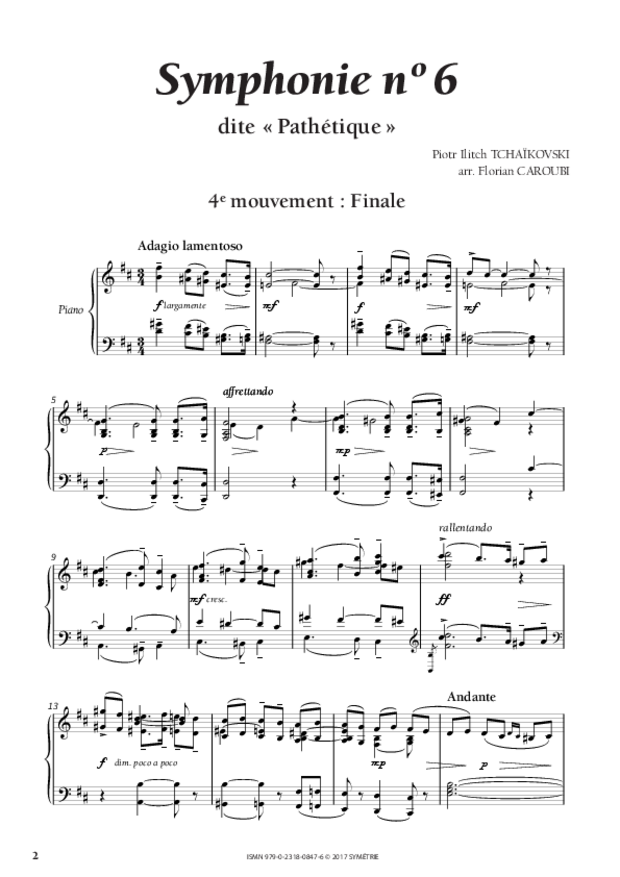 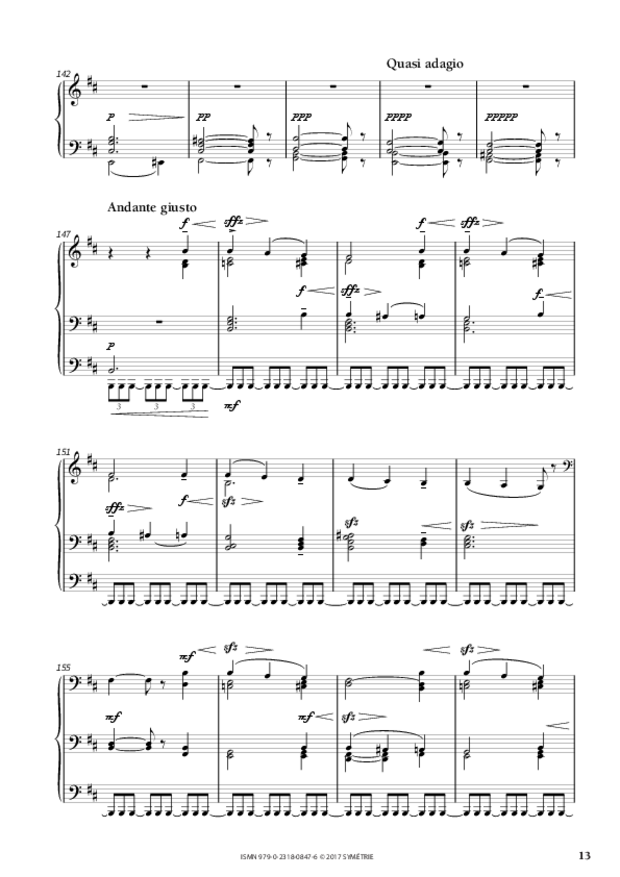 Tchaikovsky’s Sixth Symphony, premiered and conducted by the composer in Saint-Petersburg on October 16th, 1893, was allegedly called “Pathétique” by the author himself.
Tchaikovsky animated it with a new form: “During my travels, I had the idea of another symphony, a program symphony this time, the program of which will, however, remain a secret. Let it be guessed!” This work is often seen as a metaphor for the composer’s own life.
From that perspective, the fourth movement is particularly telling. Choosing to conclude the symphony by a slow, sad and sorrowful movement is utterly unusual, and it is uncanny to think it was to be Tchaikovsky’s last significant work. Indeed, the composer died soon after the première, in all likelihood by committing suicide.
Adagio lamentoso is the first direction of the Pathétique Symphony’s final, which is perfectly revealing of the sadness and sorrow, omnipresent in the movement. Written as a rondo, the first theme, a woeful descending scale of seventh chords, recalls the central theme of the second movement. The only apparently consolatory element, the broad and generous second theme, is one of the many examples of Tchaikovsky’s irresistible melodies. This one flourishes in an immense crescendo which reaches its end in a climax of grief. The last bars are striking: drawing the orchestra into a range which gets lower and lower, he drowns out the sound mass until the musical matter is reduced to the lone tonic pedal note, which, in turn, wears out, sinking the symphony into nothingness.