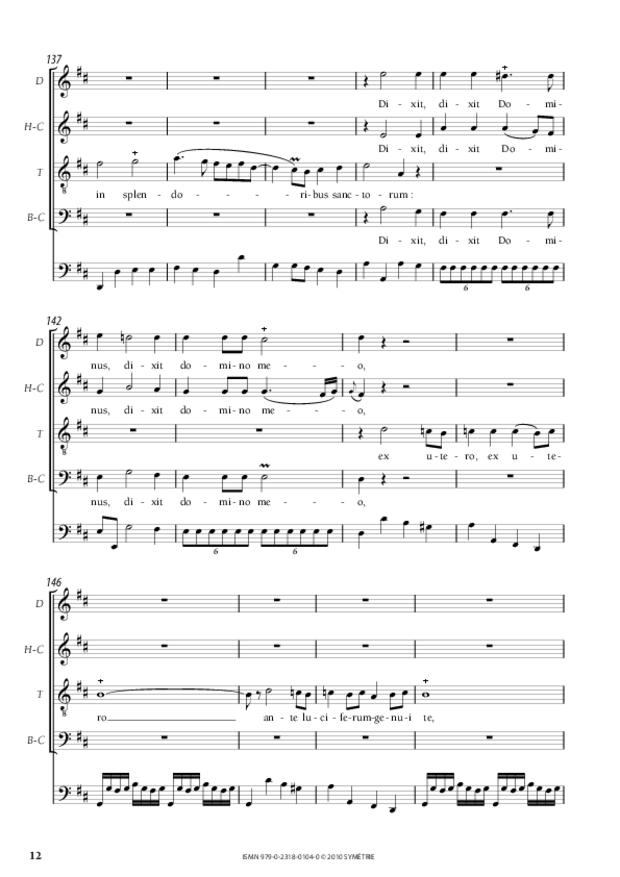 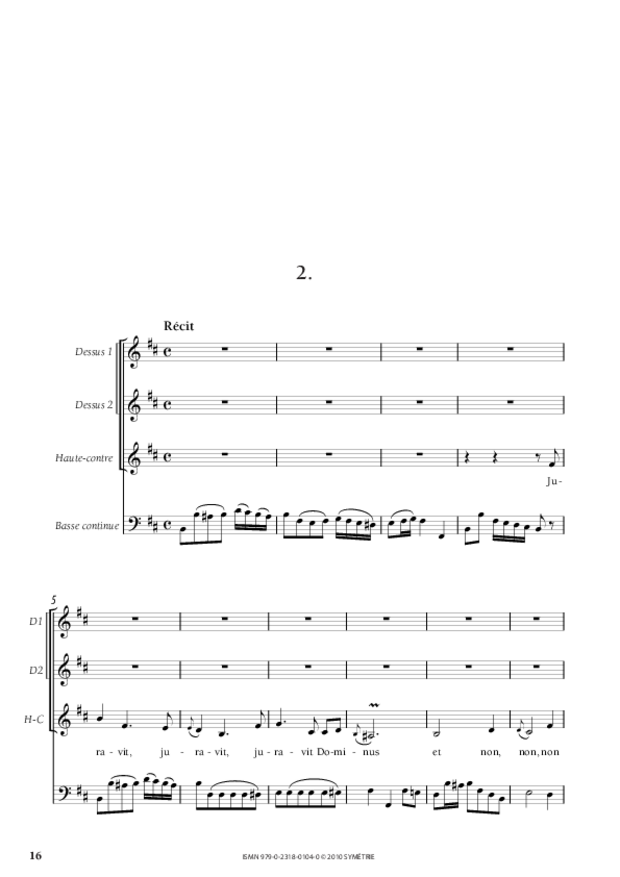 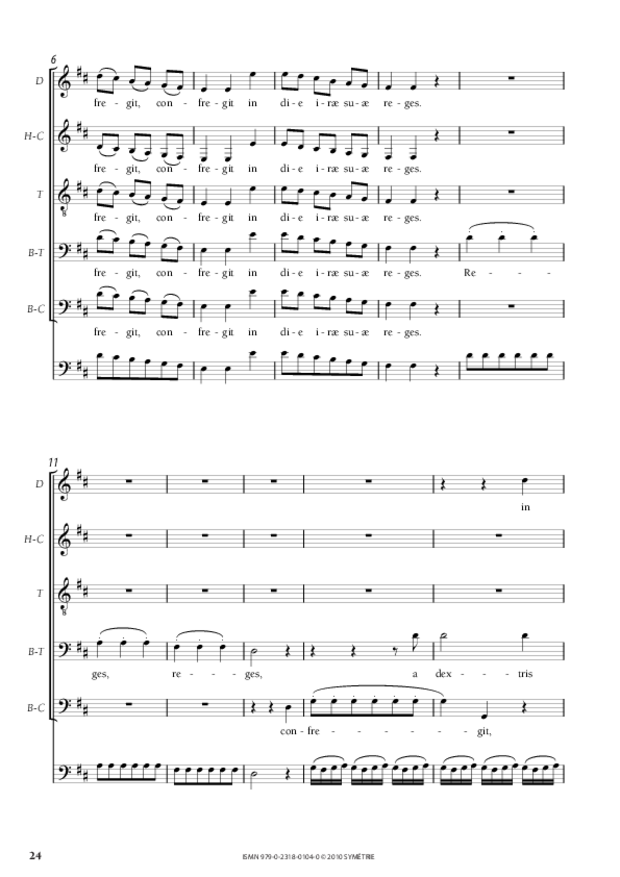 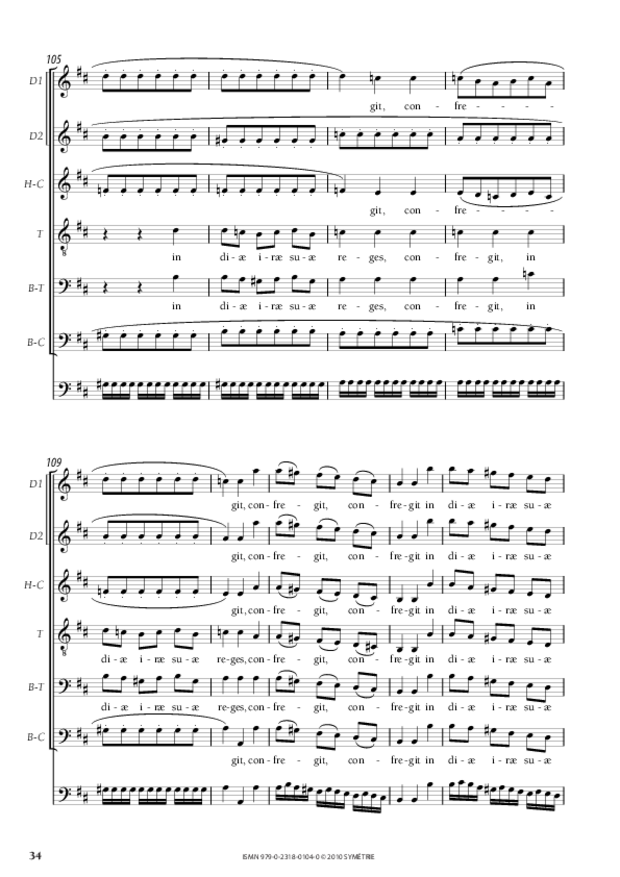 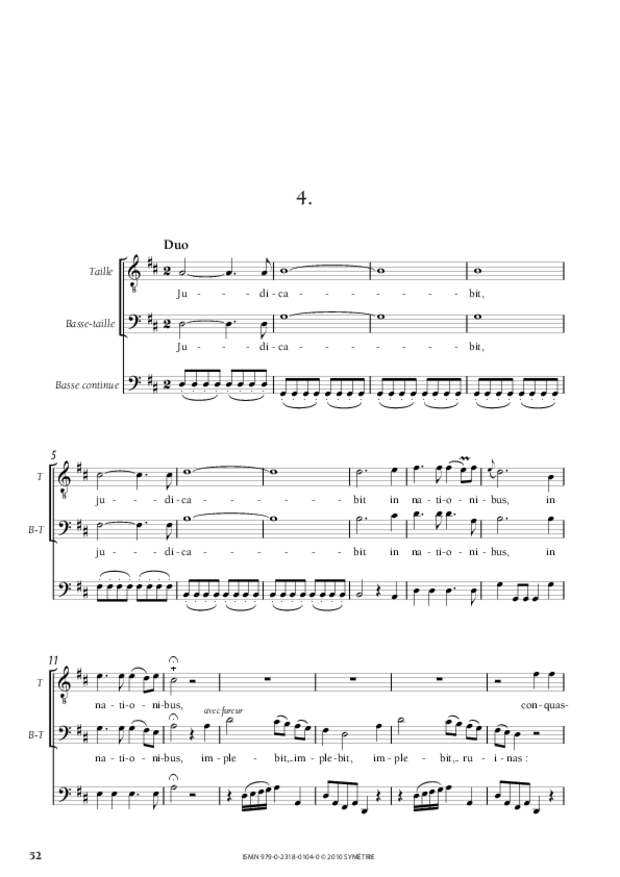 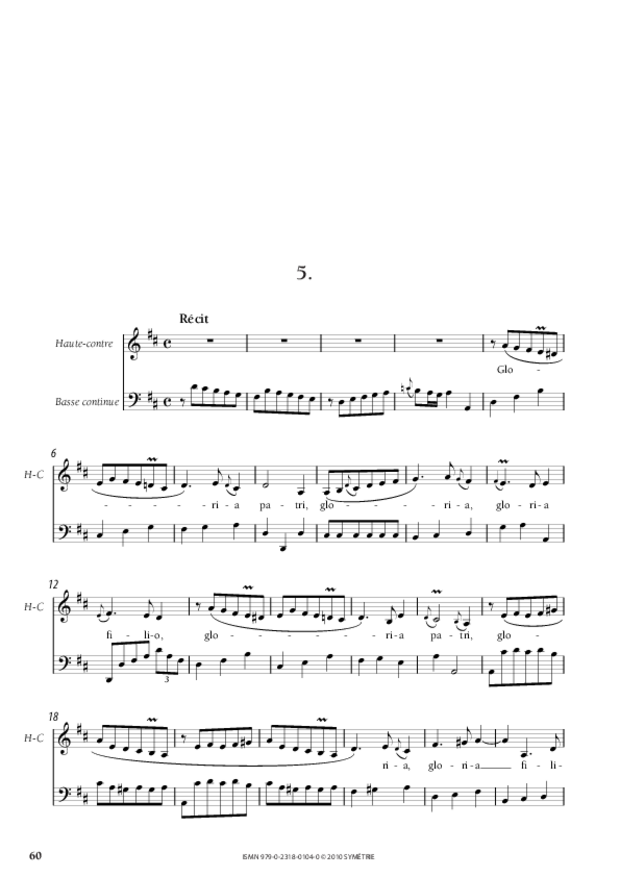 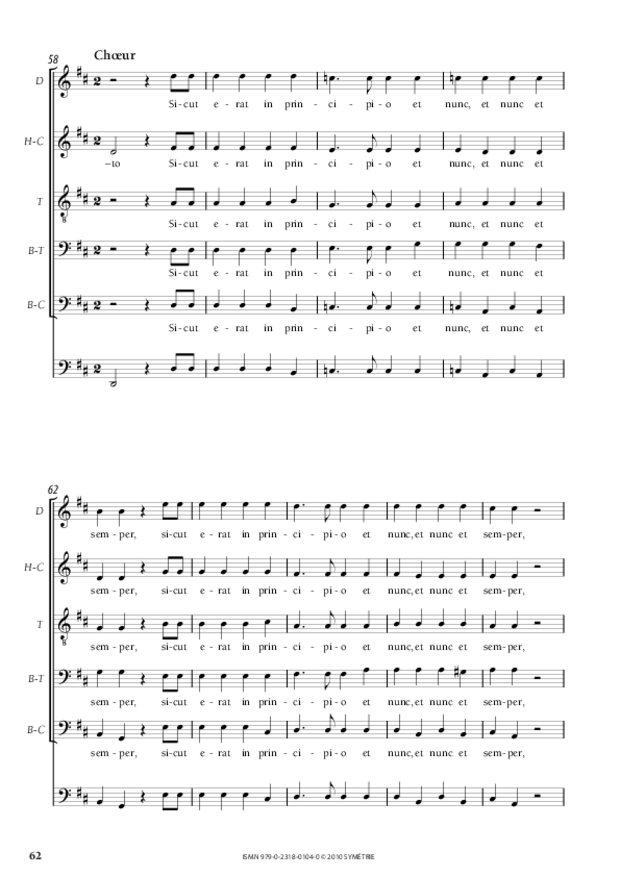 This psalm is dated 16 March 1768 and hand-signed by the composer. It is a “great French motet” alternating recits, an “angels chorus”, dialogues between a 5-voices chorus and a soloist. Composed at the Saintes cathedral, this Dixit à cinq can easily be related to the Petit Magnificat, written on the 25th of March of the same year. We know through the other dated works that Grénon composed either very much in advance, during the less busy periods of liturgical service, or at the last moment. This Dixit à cinq was probably sung at the same ceremonies than the Petit Magnificat.

As most of Grénon’s works, recits are given to male voices, children only sing the upper voice in the chorus, sometimes in divisions.

The grand 5- and 6-voices choruses are in a more traditional form with fugues, “détachés” and “fusées” as can be found in Mondonville for example.