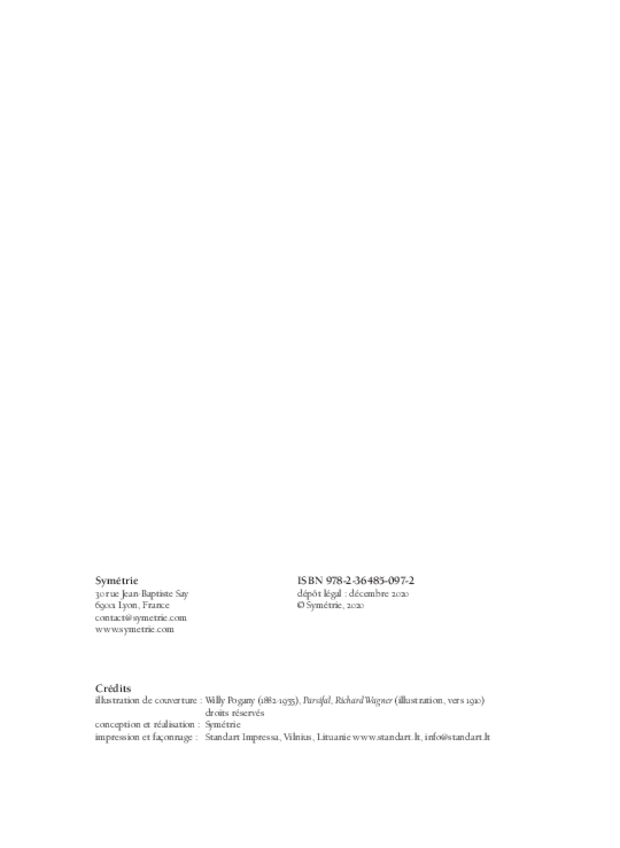 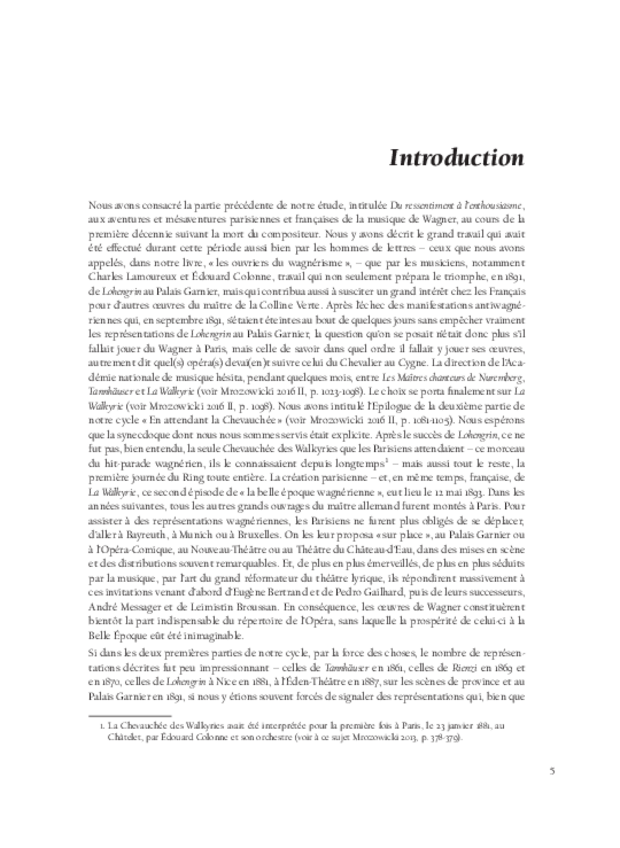 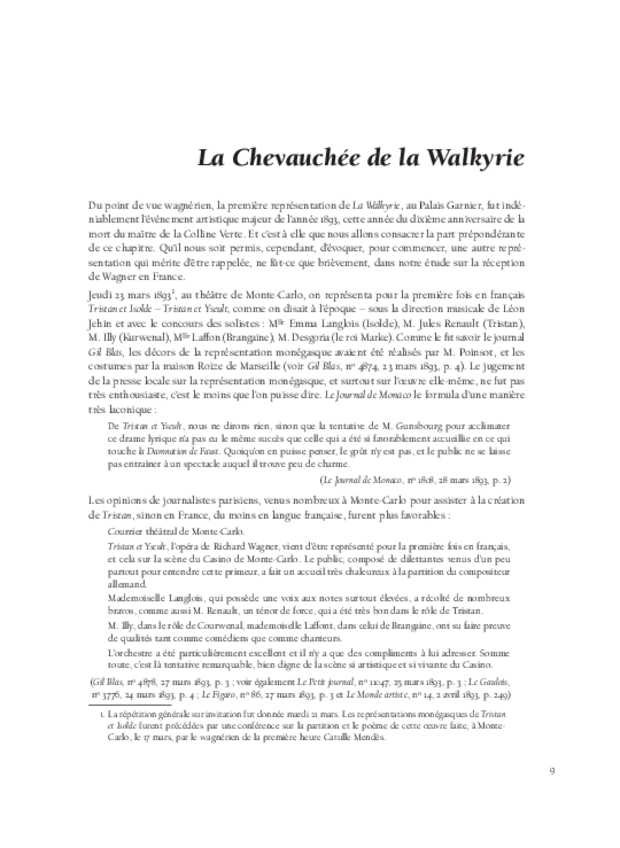 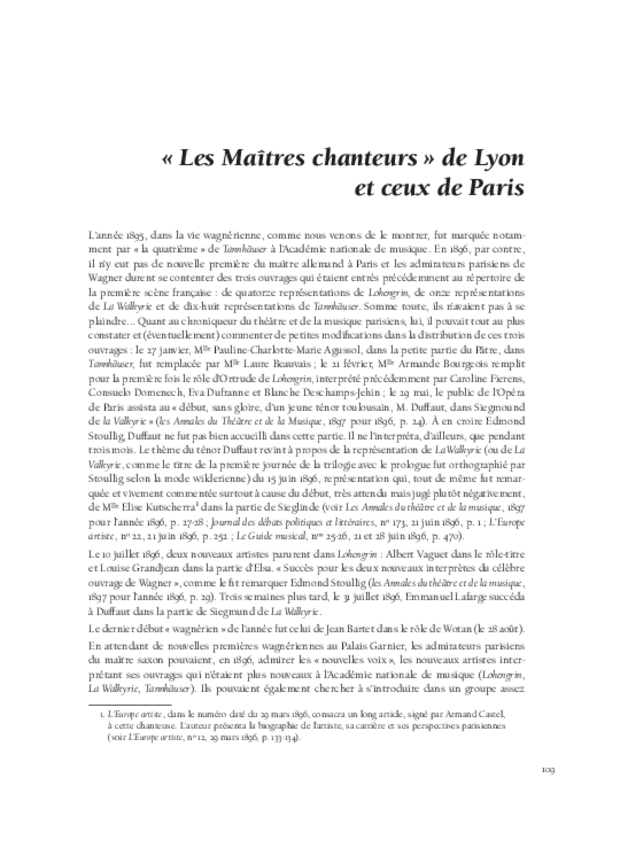 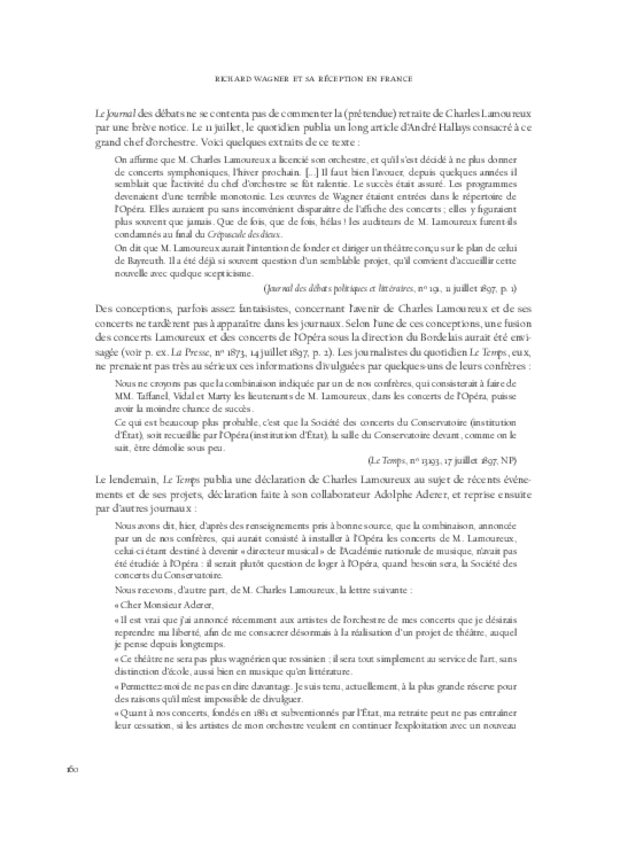 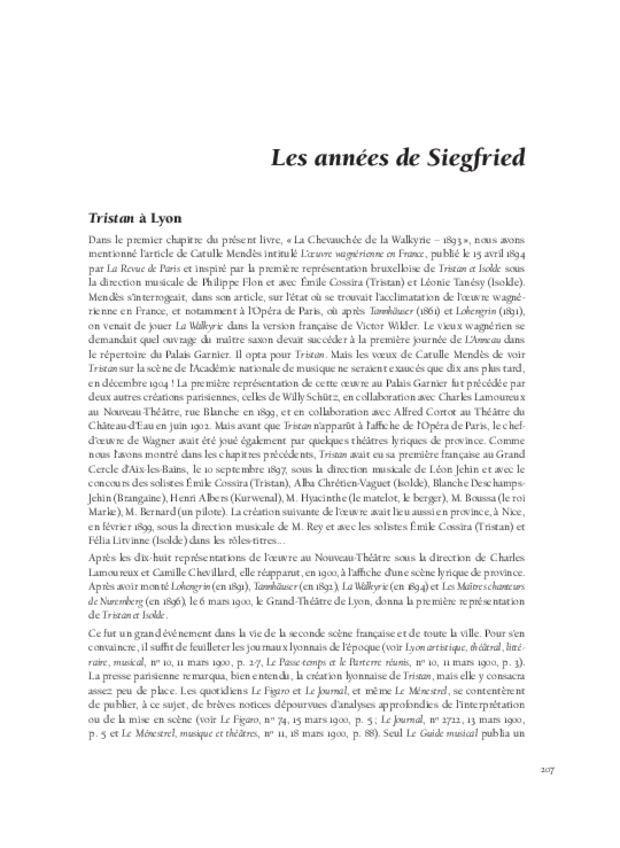 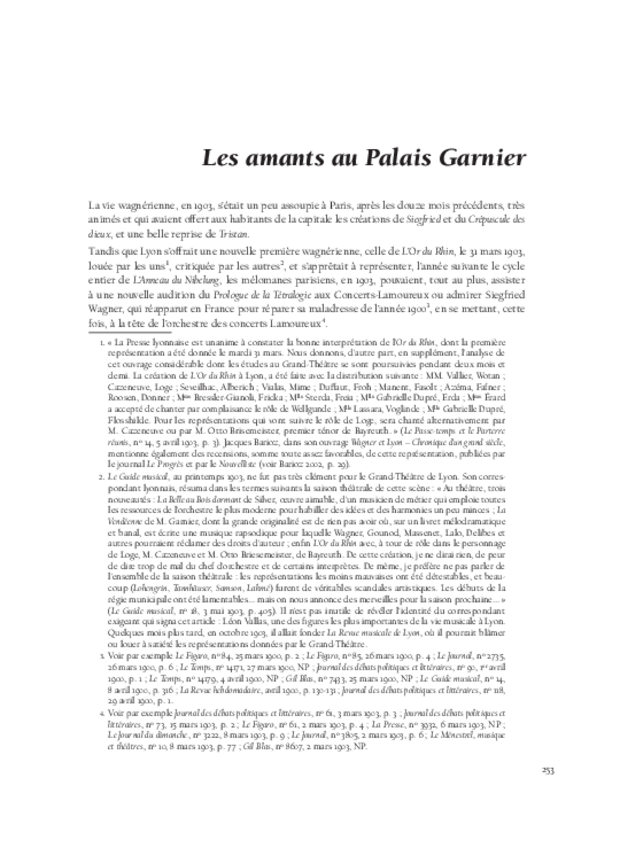 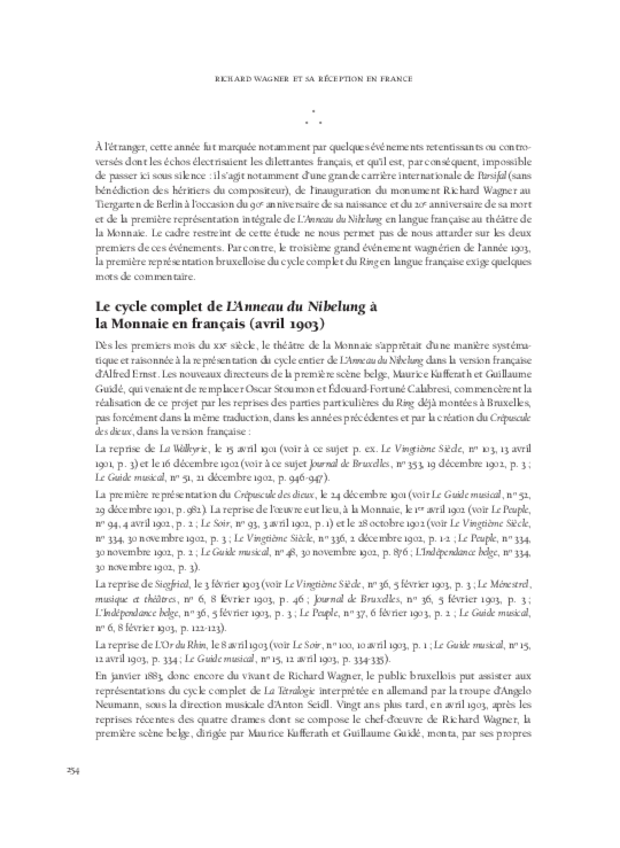 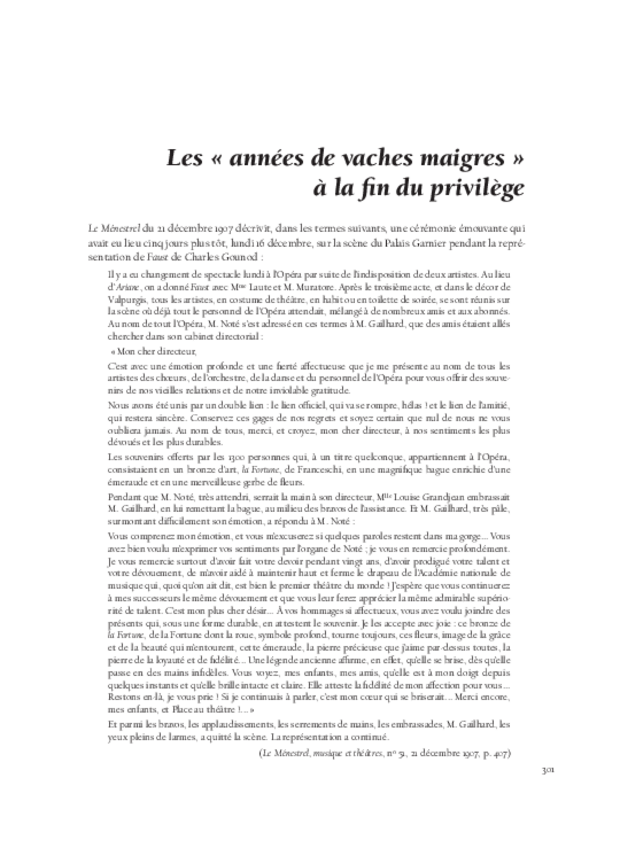 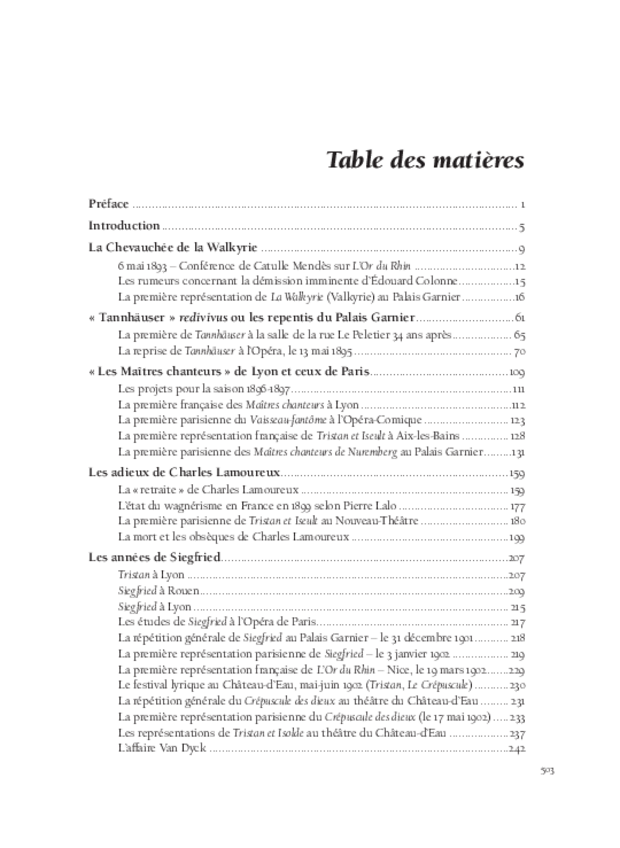 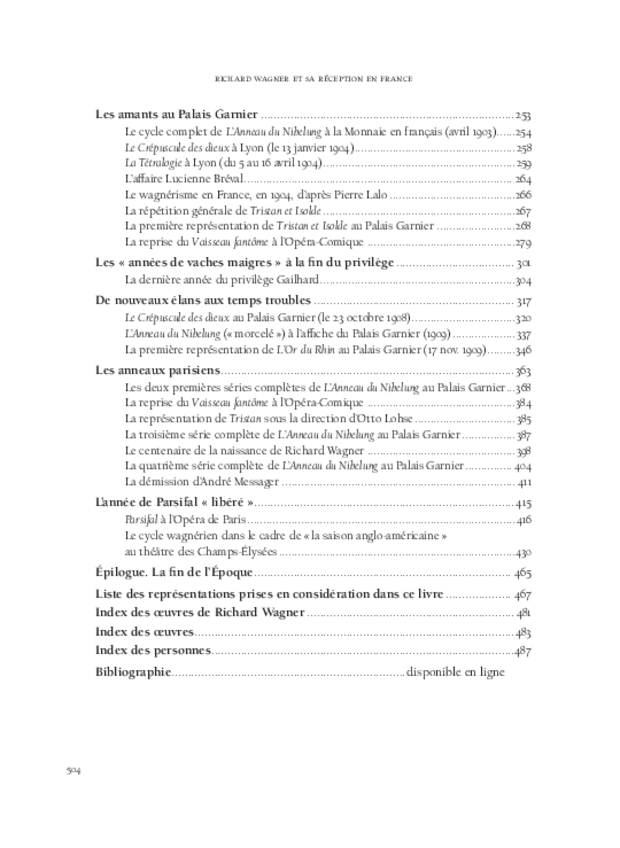 We have devoted the first two volumes of our study, entitled From Resentment to Enthusiasm, to the Parisian and French adventures and misadventures of Wagner’s music during the first decade after the composer’s death.

The Parisian – and, at the same time, French – premiere of La Walkyrie this second episode of the “belle époque wagnérienne”, took place on 12 May 1893. In the following years, all the other great works of the German master were staged in Paris. Parisians were no longer obliged to travel to attend Wagnerian performances, which were offered to them “on the spot”, with often remarkable stagings and casts. And, more and more amazed, more and more seduced by the music, by the art of the great reformer of opera, they responded massively to these invitations. As a result, Wagner’s works soon became an indispensable part of the Opera’s repertoire, without which its prosperity in the Belle Époque would have been unimaginable.

In this third part of our cycle, we offer our readers above all a chronicle – abundantly documented – of the many Parisian (and French) performances of Richard Wagner’s works during the Belle Époque. An important turning point in the reception of Wagner in Paris, and more broadly in France, occurred in 1891: people were no longer limited to write about him, his art, his works, or to interpret them, well or badly, through their pens – they began to perform them, to stage them, to interpret them orchestrally and vocally. Thanks to theatre directors, conductors, stage directors and singers, Wagner’s operas and lyric dramas ceased to be a forbidden fruit or accessible only to a certain elite, and the craze for Wagner in France could finally spread.

Preface by Pascal Bouteldja, chairman of the Wagner Circle of Lyon.