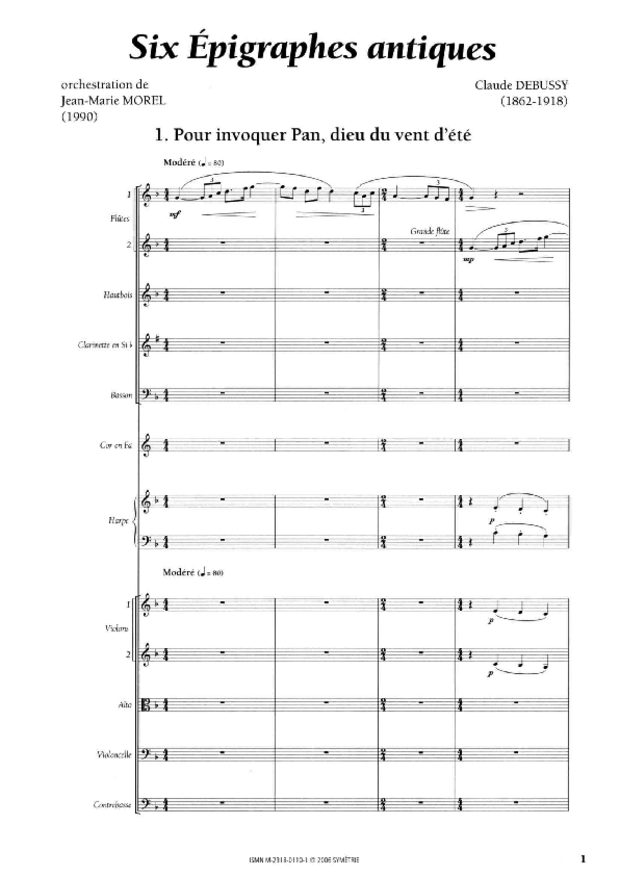 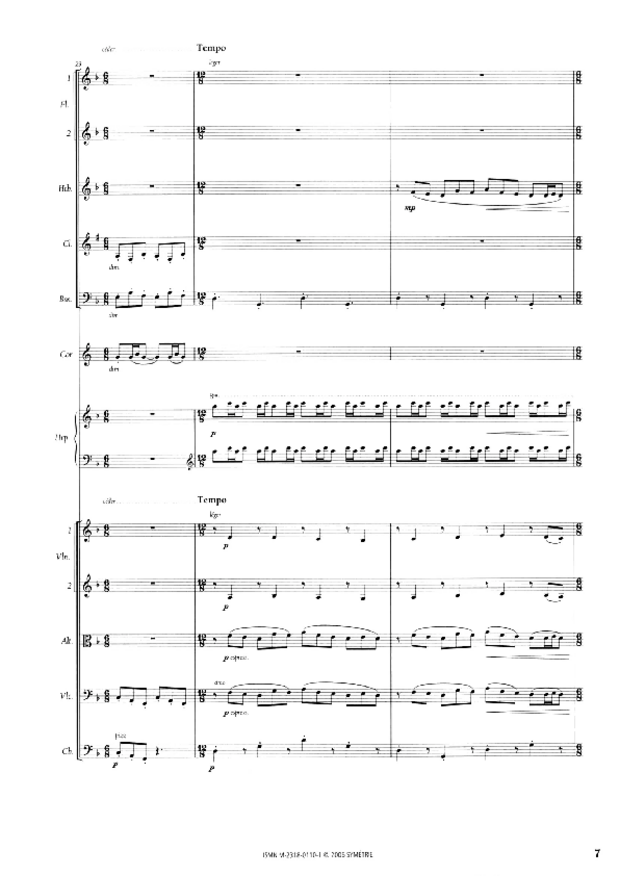 Debussy published in 1915 the Six Épigraphes antiques for four-hands piano (as well as a version for two-hands piano) written from the themes of an incidental music composed 15 years earlier. This music was meant to accompany the recita- tion of the Chansons de Bilitis of his friend Pierre Louÿs and should not be mistaken with the 3 eponymous songs.

In 1990, I had the idea – after many others! – to write an instrumental version of these Épigraphes for the teachers of the National School of Music in Chalon-sur-Saône, of which I was then director. I obtained the score of the original inci- dental music, very much different from the Épigraphes for it is constituted of short fragments written for 5 instruments: 2 flutes, 2 harps and celesta. It confirmed my first idea to use 2 flutes and a harp, and I completed the instrumentation with a soloist string quintet and other wind instruments that the piano version seemed to suggest in terms of colour: oboe, clarinet, bassoon and horn.

In my opinion, the transcription is not an appropriation but rather some sort of reading and interpretation of a text that one finds moving: in this case, it is an attempt to explicit the colours existing behind the “black and white” of the piano keyboard!