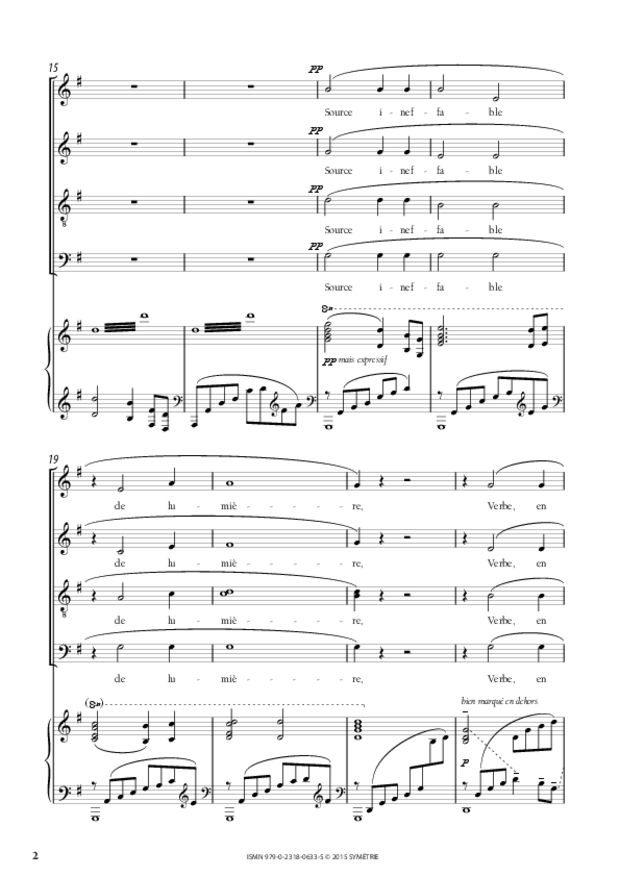 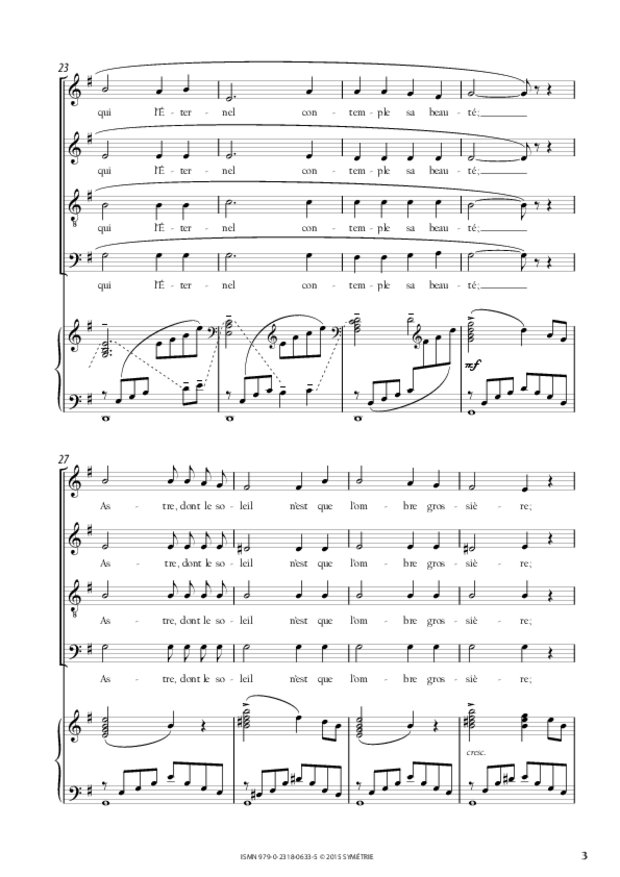 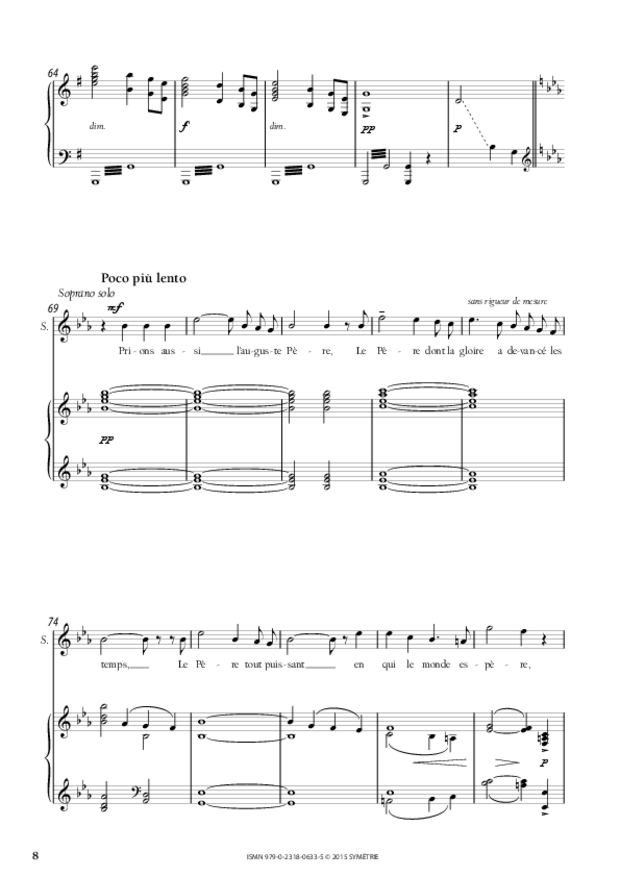 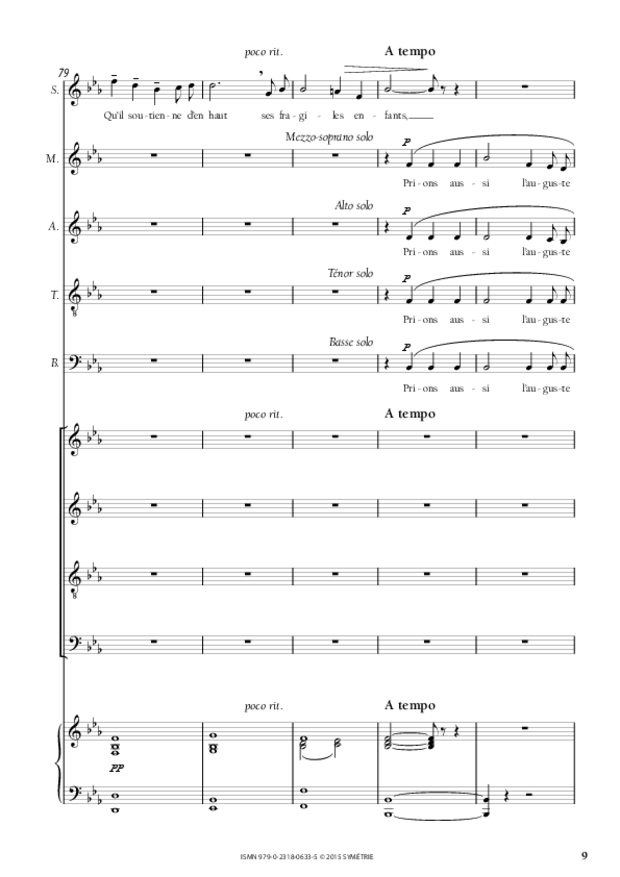 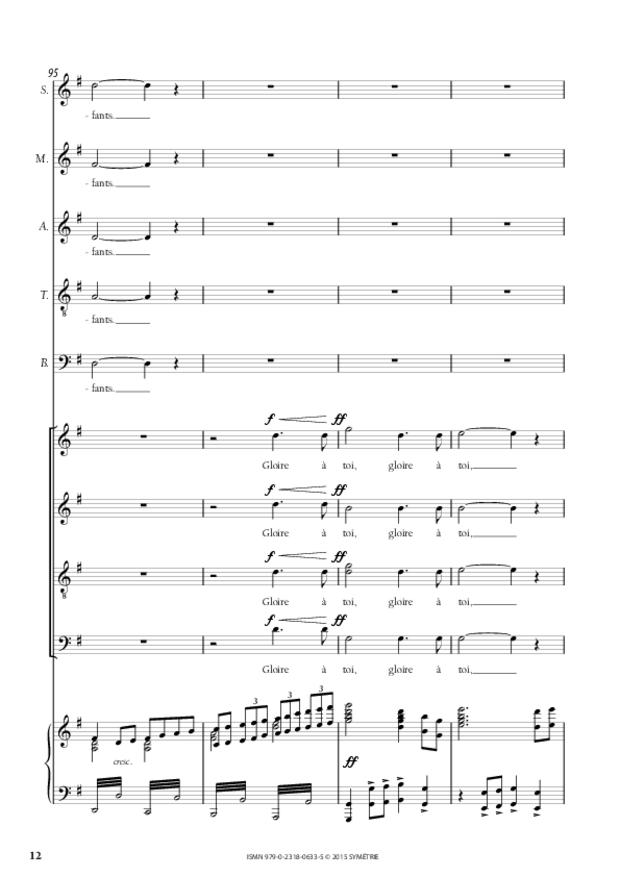 Far from being an isolated work in Max d’Ollone’s production, Hymne belongs with L’Été, Sous-Bois and Pendant la tempête to a set of four chorus written in the particular context of the competition for the Prix de Rome. It was established in 1803 and cancelled following the events of May 1968. It had been for more than a century and a half, the most coveted French award for music composition. Organized by the Institut de France, it ensured its laureates, if not the sureness of an easy future career, at least a major gateway to the artistic world, and a few years of residence in Italy at the prestigious Villa Medici. As a matter of fact, very few did resist the draw of this award, a potential dazz­ling culmi­nation of long years of study. Even among the most progressive representatives of French art like Berlioz, Debussy or Ravel, all strived to meet the rather conservative expectations of the académie des Beaux-Arts. From 1894 d’Ollone took part in the competition. The first round was eliminatory and candidates were to write in one week a fugue and chorus with orchestral accompaniment on an imposed poem. The second round consisted in the composition of a great cantata for three solo voices, such as Frédégonde, with which he won the distinguished First Grand Prize.

For once, it is on a text of liturgical origin that d’Ollone had to work for his second participation in May 1895. Jean Racine’s poem offered to the candidates belongs to the Hymnes traduits du bréviaire romain (Hymns translated from the Breviarum romanum), an early work known to have inspired Fauré in his famous Cantique de Jean Racine (1865). But where the former gives us a masterpiece of deference and meditative interiority, the latter turns out to be more powerful and demonstrative, with almost lyrical accents closer to the stage than to the tribune. Thus beyond an obvious filiation between the two 20-year-old composers, we can measure the gap between the two most important educational institutions e.g. the Niedermeyer School and the Conservatoire. However, there is hardly here any break or revolution: in his Hymne, d’Ollone first and foremost demonstrates a concern to meet the demands of the competition; he takes care to respect the great academic tradition and gives an elegant as well balanced piece. Surely, this work is not among the composer’s most audacious ones, but nonetheless entices by its simplicity and the flexibility of its vocal writing, particularly in its central part devoted to the solo voices, underlined by an accompaniment with varied colors and consolidated by a dynamic theme heard from the very first bars. No doubt, so many refinements can only plead in favor of this unknown repertoire…

A recording of Hymne is available on the label Ediciones singulares.